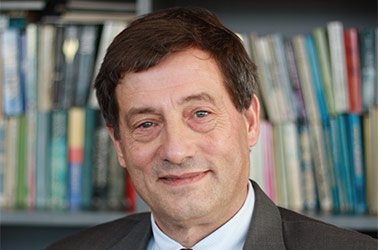 Wittenborg Emeritus Professor of Applied Sciences Teun Wolters recently published a paper in ‘Sustainable Development’, an international peer-reviewed journal by ERP Environment and John Wiley & Sons Ltd. Titled ‘Why is ecological sustainability so difficult to achieve? An in-context discussion of conceptual barriers’, Wolters’ work discusses the reasons why multiple approaches and international programmes implemented over the years have fallen short of achieving a sustainable global society.

By analysing a series of policies and initiatives spanning from the United Nation’s report ‘Our Common Future’ (1987) to the UN’s Sustainable Development Goals (SDGs), the paper makes the case that the main obstacle to a sustainable world is the incessant drive for economic growth.

“In order to achieve ecological sustainability, it is essential that we abandon the idea of continuous, endless economic growth and focus on what we really need as a society. Circular economy technologies, for instance, enable us to reduce and reuse materials, so that we can produce more while generating less waste, but it is also necessary to change consumption patterns,” Wolters says.

The scholar highlights that economic equality is connected to sustainability, adding that the Earth has enough resources to provide for the whole of humanity, as long as they are properly distributed. “According to the eco-development perspective, which is more radical than the concept of sustainable development, one of the reasons why we have been depleting the planet’s natural resources is that too many of these resources go to the wealthy. Both environmental protection and a lack of it can hurt the poor disproportionally. Wherever possible, this must be prevented. People need to have access to good education, security, proper food and clothing, and this requires a redistribution of wealth.”

Wolters’ study argues that neoliberal policies have contributed to social inequality and environmental degradation by giving too much power to markets while weakening governments. “We have problems everywhere because of this philosophy of the minimal state, austerity and letting the market do the work. Markets are important, no question about it, but good governments are essential because they have to oversee what the business community is doing, as well as ensure that the economy is going in the right direction. We have been seeing some discreet changes in the Netherlands, where the new government has appointed special ministers to tackle issues such as inequality and the environmental challenges; hopefully, neoliberalism is coming to an end,” he stresses.

According to the paper, the UN’s Sustainable Development Goals are an important advancement in comparison with previous policies, because they explicitly define 17 goals that must be addressed in different areas, with the aim of achieving sustainability. However, this will only work if governments and companies address all of the SDGs seriously, in a coordinated manner.

“Currently, there is no coordinating activity to make sure that certain goals are not forgotten, and often governments and companies just go for the measures that are easy to implement while ignoring the most critical ones – a new kind of ‘greenwashing’. Apart from adopting the Sustainable Development Goals, it is also important that the public and private sector respect the ecological boundaries, as defined by initiatives such as the European Union’s Green Deal and the Paris Climate Agreement,” Wolters contends.

In the professor’s view, maintaining a critical attitude is essential for those who intend to build a sustainable world. “Under that condition, the idea of bettering our world – which is present in Wittenborg’s motto, ‘Better Yourself, Better Our World’ – can ensure a good future for humanity. In particular, it is up to the younger generations to do it,” he concludes.