Wittenborg University of Applied Sciences is based in Apeldoorn and Amsterdam. 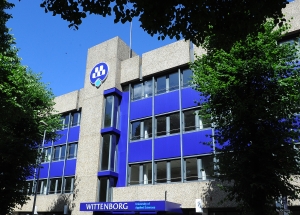 Wittenborg was established in the historic hansiatic city of Deventer in 1987, opened by the mayor on September 21st 1987. In the summer of 2010, the University of Applied Sciences was invited by the municipality of Apeldoorn to move into a state of the art, purpose built facility within the public college Aventus. Wittenborg opened its new location, on the south side of the Apeldoorn central railway station in September 2010.

In September 2015 Wittenborg opened its second Apeldoorn location at Spoorstraat 23, a unique and historic school building situated in the centre of the new university square created by the city to the north of the railway station.

In July 2022, Wittenborg will moved from the 'Aventus' building into the Brinklaan building, which is located right next to the city center.

Only 10 minutes is required to walk between both campus locations. In Apeldoorn Wittenborg has grown to over 1200 students from more than 100 nationalities and because of its international character it takes pride in offering al its students quality student housing within its own campus accommodation in the centre of the town, as well as in own managed student apartments close to the university. 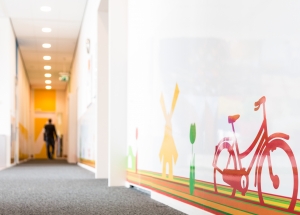 The Amsterdam Campus is situated in the heart of the city, close to companies, business, tourism and cultural heritage. Study in Amsterdam is an exciting dimension to the Wittenborg experience and the 100+ students following the business and entrepreneurship programmes there often live in the city and combine their studies with business start-ups for which Amsterdam is famous. The study location is within a state of the art business complex close to public transport and the international airport of Schiphol. Students can make use of the academic library facilities of Amsterdam, a city that counts for over 140 thousand students. 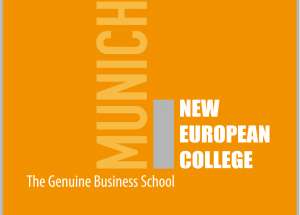 In Munich (Germany) , Wittenborg offers some of its programmes at the location of its partner, New European College. Students are recruited by New European College who has arranged the possibility for them to study 75% of a Wittenborg degree programme at their location in Munich. More details are available here: https://www.wittenborg.eu/munich.htm

Please contact our admissions team, if you are interested in starting your studies at our Munich location.