Project weeks at Wittenborg are an essential and unique part of the academic curriculum. They form the bridge between academic study, cognitive learning, personal development, and team work within group directed learning.

Project weeks bring students into contact with “real life projects” as much as is possible, either of a research nature or a practical nature. In one way or another, Project Week is part of the educational structure of the BBA, MBM and MBA programmes. 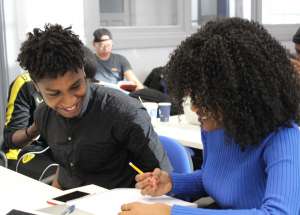 During Project Weeks, students are formed into groups and given a project topic during an introduction session by the project teacher, sometimes accompanied by a representative from a company or organisation that has helped to instigate the project.

All students within a year of a particular programme, complete the same project in teams with the following basic format:

During project weeks, students are also encouraged to complete a ‘Belbin’ evaluation of their performance. This personal development method is continued throughout the programme, allowing students to map a developing profile of themselves.