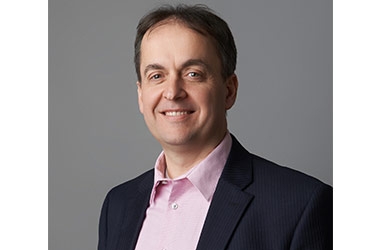 Under the affiliation of Wittenborg University of Applied Sciences, associate professor Gabor Molnar has co-authored a paper that was recently published in The Journal of Law and Economics, a publication by the University of Chicago Press. Titled The Impacts of the Lifeline Subsidy on High-Speed Internet Access, the study was co-written by Samara Mendez, a senior researcher at Rethink Priorities, and Scott J. Savage, a professor in the Economics department at the University of Colorado at Boulder.

The main topic of the paper is the Lifeline programme, which was first introduced in the United States in 1985 by the Federal Communications Commission (FCC), with the goal of making wireline phone services more affordable for low-income households, by means of a monthly subsidy. After several updates, the FCC recently proposed further expanding the subsidy programme to lower the cost of high-speed Internet to low-income households. The paper evaluated the impacts of this Lifeline subsidy on high-speed Internet prices, demand and welfare.

Based on quantitative data gathered by the researchers, the investigation conducted over a four-year period relies on a demand model to simulate people’s reactions to different scenarios. Among other factors, it analyses the impacts of internet speeds and prices on people’s choice to adopt broadband connection. The datasets used were collected from multiple sources, including the US Census Bureau, the FCC and other organisations, and concern items such as prices and access to broadband in different areas of the United States.

Molnar stresses that the widespread adoption of high-speed internet provides diverse socioeconomic benefits. “Broadband directly impacts the population’s standard of living and the GDP, so it is important to make it available for everyone. People use the internet for different reasons, such as education, work and civic engagement; for example, children need high-speed internet to be able to study remotely during the pandemic, and it is also useful for people who want to work at home or search for jobs online.”

According to the research, although smartphones with internet access are widespread nowadays, wireline and wireless connections do not substitute, but rather complement each other, with wireline providing the household with bandwidth and wireless providing mobility.

“With a 3G or 4G connection, you just do not have the bandwidth that is
available today through wired internet. Besides, broadband mobile plans often have data caps that make people pay extra money if they go over a certain limit, which is a problem for those who want to watch educational videos. Another important factor is that, while the wireless coverage is decent in urban areas, it can be difficult to use your mobile internet once you go to the countryside, which makes the wired access an important resource,” he says.

Regarding the conclusions of the empirical study, Molnar highlights that, in line with the surveys conducted by organisations such as the Pew Research Center, it shows that the monthly subscription price is just one of many factors that determine households’ internet adoption. “Our results show that while policymakers can focus on prices and subsidies, it is important to consider other aspects, such as providing digital literacy training and access to low-cost computers and Wi-Fi equipment. There are always people who are not going to use the internet, and not necessarily for price reasons, so there are other ways to invest public resources that might bring better results,” he points out.

Molnar’s research interests lie in the fields of big data, data science, applied economics and empirical research. Among other subjects, he studies how companies can use data for their own digital transformation and also investigates ways to employ the advances of data science, such as machine learning and artificial intelligence, to extend the capabilities of researchers and organisations. At Wittenborg, Molnar currently teaches courses on Marketing Management and The Future of Integrated Digital Marketing. He has also helped develop the institution’s two new MBA specialisations in Data Analytics and Digital Transformation, and will be teaching the course Digital Disruption Strategy in the latter.