Future of International Students in Netherlands Skip to main content

Future of International Students in Netherlands 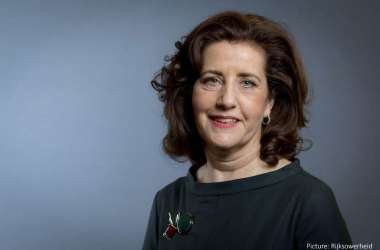 The idea that Dutch students are being pushed out of universities by international students is simply not true.

This is according to the Dutch Minister of Higher Education, Ingrid van Engelshoven, who presented her much-anticipated vision for internationalisation in the Dutch higher education system to parliament’s House of Representatives (Tweede Kamer) on Monday.  "The number of English-taught programmes is increasing, so is the interest from foreign students to study here. However, Dutch institutions of higher education need to stay accessible for Dutch students."

In the letter, Van Engelshoven speaks at length about the advantages of international students to the Dutch economy and education, while at the same time giving assurances that Dutch students will not be left out in the cold by the surge of English-taught programmes, especially at master's level in research universities. Currently, 74% of master's programmes at research universities are taught in English, compared to 25% at universities of applied sciences. Thus, she has asked for an investigation into the relation between English and accessibility to programmes.

Van Engelshoven emphasises in the letter that she is for internationalisation, not against it – especially in light of global issues like climate, energy and security, as well as filling the labour gaps left by Holland’s aging population. She is also adamant that internationalisation should not compromise the quality of education in the Netherlands.

"This will prevent international students from applying to various institutions  with no real intention of studying there. In the meantime, taxpayers money is being used to process these applications." Non-EU students who want to study at public institutes of higher education pay institutional fees, while students from the EU and EER pay about a quarter of that – around €2,000 per programme, per year.

Good news for non-Eu students at WUAS is that according to Santosh Aryal, the institute's student Registrar, there are no such plans to introduce 'handling fees' at Wittenborg, nor any immediate plans to raise tuition fees from the €7,500 per year (Undergraduate).

Van Engelshoven also wants the stay rate of international graduates to rise. "If an institution mainly educates international students who after graduation leave to work abroad, one has to question the effective use of public funds. At the same time, it is in our interest to make institutions attractive to international students and bind top talent to the Dutch labour market. I find it necessary that the education sector, together with the government, look at which study programmes are being offered at the moment, and how this relates to what the labour market, Dutch society and science need now and in the future."