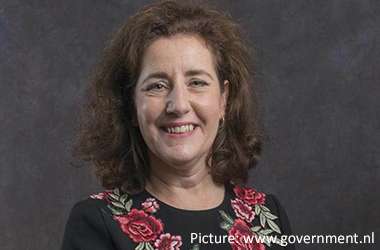 In a letter addressed to The Dutch minister of education the management of WUAS, has voiced its concern about the recent spate of “negativity” regarding the recruitment of international students in the Netherlands. In its letter, Wittenborg also raises serious concerns about research universities' disregard for the Dutch binary system in higher education, specifically with regard to entrance requirements for non-EU students, for instance from China and Russia.

“As a privately funded institute that operates 100% in English, Wittenborg would strongly resist any legislation that limits our ability to recruit international students or that restricts the offering of our programmes in English or even having to prove there is a need to do so,” Wittenborg’s chair of the executive board, Peter Birdsall, writes on behalf of students, staff and stakeholders of the institute which comprises mostly of internationals.

Birdsall reminds Van Engelshoven that in the global “war for talent”, the Netherlands can scarcely afford not to participate. “The country is simply getting ‘older’, the primary schools are not increasing in size, some are closing. Economically, the knowledge migrant system - where bachelor’s and master’s graduates can stay in the Netherlands to work once they have secured a position - is an excellent way to fill a major human resource gap in companies and organisations ranging from SMEs to government agencies and universities themselves.”

According to Birdsall, Wittenborg itself is estimated to have contributed more than €75 million to the Dutch economy through its international students since its arrival in Apeldoorn in 2010. It now boasts campuses in Amsterdam as well as Vienna.

Since the beginning of this year, various leaders within HE - and others outside the education sphere - have raised concerns about the number of international students entering programmes of Dutch HE institutions as well as the number of English-taught programmes.

Birdsall also reminded Van Engelshoven of the unique position that the Netherlands occupies in Europe and the opportunities it represents. “After Brexit the Netherlands will have the largest English-speaking HE-sector within the European Union, as highlighted in a recent report by The Class of 2020. Therefore, the growth potential for the Netherlands in building its knowledge economy is enormous. This is an opportunity not to be wasted.

“It is our view that any society which tries to limit the numbers of intelligent, ambitious and motivated international students to its higher education system is not a society with the long-term ambition to be internationally successful.”

In reference to Holland’s binary education system, Birdsall also asked the minister to ensure that all HE institutes adhere to correct admission procedures. “It has come to our attention that some, possibly many, international, non-EU students are being admitted to Dutch research universities with only a high school qualification equivalent to the Dutch HAVO diploma.

“It is our understanding that, in the Netherlands, to enter a research university after high school the minimum qualification should be equivalent to a Dutch VWO diploma. If what we have been reliably informed about is correct, then this is undermining the quality and standing of Dutch research universities, discriminating against Dutch high school leavers, going against the principles of a binary higher education system and disrespecting towards a healthy Dutch internationalisation policy.

“We urge the Minister to ensure that all HE institutes in the Netherlands adhere to the same admissions criteria for international students that are applied to Dutch students.”

Birdsall also asked the minister to create a level playing field for Dutch accredited and private HE institutions, in which all institutes can have access to central funding of scholarships for non-EU students such as the Holland Scholarship. Also to ensure that no public funds are used to create unfair competition between public and private institutes through the provision of scholarships that are not based on open and measurable criteria.