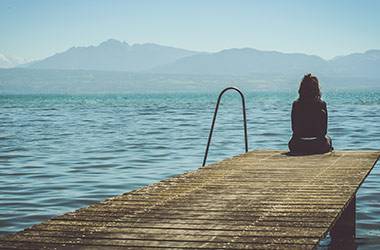 A survey among international students in the Netherlands has shown that the majority have often experienced anxiety, loneliness or boredom the past few months. The survey was carried out by Nuffic, the Dutch organisation for internationalisation in education, to glean insight into the general well-being of international students as they continue to weather the impact of COVID-19 on their studies.

Last week, at Wittenborg University of Applied Sciences' annual Students and Staff Conference, mental health was also cited as a huge concern for students. Subsequently, in their report they have asked the institution's management to prioritise support in this area. Wittenborg's Director of Corporate Governance, Karen Penninga, said this is something management would look into. "We will definitely look into how we can help to provide better mental health care support," she told attendees.

Some 35.9% of the respondents felt often or always hopeful, 32.4% motivated, and 24.7% joyful. According to another study concerning international students in the Netherlands conducted before the outbreak of the pandemic (Annual International Student Survey, 2019), the vast majority of respondents experienced "very much to extreme" happiness.

"Based on these differences between our findings and the findings of this pre-COVID study, we may conclude that, among international students, negative emotions have increased and positive emotions have declined during the pandemic," the researchers concluded.

Wittenborg student Laura Serrano said she has definitely been affected emotionally by the way the pandemic has impacted her life as a student. "I have been in the Netherlands, not able to go to my home country, missing my friends, unable to socialise and have had limited social interaction." In addition, she lost her part-time job in the hospitality industry and finding internships as part of her study requirements is proving to be very hard in the corona economy. "So, yes, it has been quite stressful at times."

Another student, Salma Sanchez, says she went home after the first cases were reported in the Netherlands and received a great deal of support from her family and friends. Nonetheless, she says it has not been easy adapting to the new way of studying. "I got really stressed because of my studies, adapting to the new way of learning and the time differences between my country and the Netherlands. I am back now and it is going better."