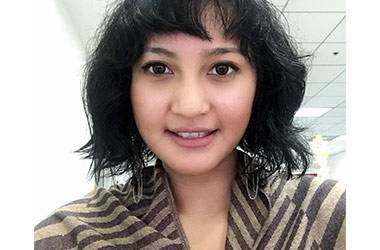 It was with great pride that Wittenborg MBA student Linda Setiawati recently opened her own online shop, Tokopoint, selling Asian food supplies both to other businesses and directly to consumers. But she said her struggle to find information about the practicalities of importing to Europe points to a gap between what international entrepreneurs like her learn in theory and the realities of actually starting an import business.

Setiawati first came to the Netherlands in 2005 to do a bachelor's degree, went back to Indonesia in 2009 and worked for a while in the Philippines. She returned to the Netherlands in 2019 to do an MBA in Entrepreneurship and Innovation at Wittenborg Amsterdam. "Although it is not hard to find a job in Indonesia, salary levels often do not reflect your education. I found that it is the university you attend which determines your salary. In Europe opportunities are better and more equal. That is why I decided to further my studies in the Netherlands."

A friend introduced her to the world of importing, which is how she started her business, registering it in 2019 with the Dutch Chamber of Commerce. However, when it came to practical information about importing requirements, licensing and actually getting products to the Netherlands, she ran into a blank wall.

"I wanted a proper importing business, not smuggling things into the country. I emailed and called many importing agents, business people and others in the industry who might have information, but got very little response - some did not even bother to respond. I found one agent who helped me get started, but I am still learning." She said as other international students learned about her endeavours she got countless enquiries about how she started importing, pointing to a need for this kind of information.

Setiawati says that although there are many sellers of Asian food products in Europe, she felt they were often too expensive. Her business evolved in such a way that she got a lot of interest from resellers all over Europe, from countries like Italy, and she now focuses on other businesses as a target market.

Eventually, a physical shop might be on the cards, but she says the pandemic made that more difficult. In terms of her studies, the pandemic made it easier for her in many ways, as during that time she also had a baby and could manage to balance her life as a mother of two, student and entrepreneur better from home than if she were to attend classes in person on a regular basis. She wants to graduate by July or October of this year.