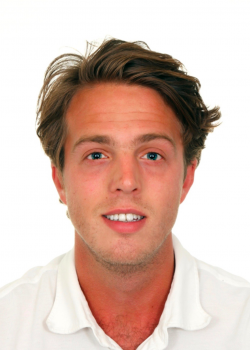 In an economy driven by capitalism, social enterprises are not the sort of businesses you often come across. However, Wittenborg Amsterdam Entrepreneurship graduate Lucas Molenkamp and his friend have differentiated themselves by launching a start-up business in the Dutch-designed boxer shorts industry – a charitable business based on innovation.

Lucas Molenkamp, IBA Entrepreneurship & Small Business Management graduate of Wittenborg Amsterdam, has launched his socially minded start-up business - Teckel-wear.  Teckel-wear collaborates with charities such as  By the Ocean We Unite, Dierenlot - a foundation for helping animals, and Trees for All – protecting the forest.

What Inspired this Business Idea?

Lucas can trace it all back to his internship at Gawad Kalinga - a community development foundation based in the Philippines that focuses on poverty reduction and restoring the dignity of the poor.  Enthusiastically, he commented "I had the opportunity to visit a silk production farm as part of my internship, learned about how silk is produced and the sustainability of it, as well as the employment created for people in that area." Through this exposure and experience, Lucas felt inspired to create something that could give back to the community.

After returning to the Netherlands, Molenkamp got together with a friend and developed the idea of a social enterprise in the underwear business - giving back to society by donating €2.50 to charity with every purchase of their boxer underwear.  With much reassurance, Lucas stated that he is not worried about the stigma surrounding "charities" because, whereas most businesses in that sector contribute only 5% of their profits to a charity, Teckel-wear is donating a respectable 17%, operating with full transparency.

How has studying at Wittenborg influenced the initial stages of your business?

The Entrepreneurship graduate commented that studying at Wittenborg built a foundation in understanding the science and art of business through the unique modules offered, such as Business Science. Furthermore, he says, "What I really liked at Wittenborg was the internationalisation of the study environment, and the fact that the lecturers had hands-on experience in the subjects they taught, as opposed to only theories based on books." Additionally, he said that the prime location of the campus, together with the opportunities to tap into business networks through lecturers with networks of their own, were reasons why he recommends the institution.

Lucas graduated this summer together with 43 fellow graduates in Apeldoorn. His plan is, together with his friend/business partner, to focus on building up the company and exploring other sectors, such as T-shirts, as well as working with more charitable organisations fighting child abuse and elephant poaching.  The company is well underway with its operations, and just recently received the first stock. Check out their designs here. They ship throughout Europe.