The Unethicalities of Plagiarism and Ghost-writing Skip to main content

The Unethicalities of Plagiarism and Ghost-writing 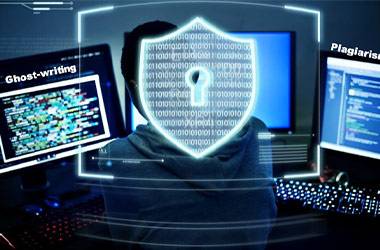 “A member of the U.S. army personnel, who was soon to be deployed overseas as well as enter graduate school, was discovered to be copying another’s work and presenting it as his own. The military office dismissed him citing that his lack of personal integrity would further translate to his other actions in the military regarding how he behaves during deployment when fulfilling his duties and his relationships with fellow troop members as well as civilians. Integrity is one of the military’s most important values along with courage, respect, and loyalty (U.S. Army, 2016).”1

Stealing another person’s ideas, words, line of thinking, etc., and signing it as one’s own, is called plagiarism and it is a violation of academic honesty. Academic honesty is a fundamental value of academic integrity, and violating it is a damaging act. As formulated by the International Centre for Academic Integrity (1999: 4): “Academic integrity is a commitment, even in the face of adversity, to five fundamental values: honesty, trust, fairness, respect and responsibility.”

Academic dishonesty, which includes using crib sheets2, copying assignments off the Internet, plagiarism and ghost-writing or purchased work, have been a major issue in academic settings and, with advancements in technology, there seems to be an accelerated upsurge especially after the advent of the COVID-19 pandemic and online learning. This is aggravated with the recent emergence of new software and online paraphrasing tools (AI-based) that help students to paraphrase texts taken from other sources.

Reasons why plagiarism and ghost-writing are unethical

Plagiarism and ghost-writing are considered stealing of intellectual property, but many researchers feel that ‘it is not the act of stealing that is reprehensible, but it is the act of deception that is the true crime’, as it morally harms all parties ‘by damaging the reputation of self and others, insulting others’ intelligence, and harming the integrity of all’3. Plagiarism comes from the Latin word ‘plagiarius’, which means ‘kidnapper, seducer, plunderer’ (Online Etymological Dictionary), and these terms by themselves denote the severity of the crime.

There are various reasons why committing plagiarism and ghost-writing is unethical. Firstly, it is an intentional attempt to deceive the reader that the paper submitted is authored by the student when, in fact, somebody else had written it. Secondly, it is unethical due to the fact that the offenders get benefit from this theft, either attaining a pass or a high grade, or obtaining the university degree that they do not deserve. Thirdly, a university degree is proof of the student’s competency in a particular specialisation. If a graduate secures employment based on a qualification obtained dishonestly, he/she is putting the employer or others at risk. Imagine employing a doctor who has obtained his degree dishonestly. Would you trust that person to be your personal medical practitioner or to conduct surgery on you? 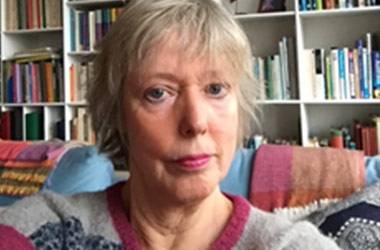 Academic dishonesty affects the individual, the institution and society

But when does plagiarism occur exactly? Is there a rule of thumb that we can follow in order to determine when plagiarism has occurred? Or is “plagiarism simply plagiarism” no matter how insignificant it is? Many academics believe that plagiarism is plagiarism no matter how small. The important thing is that if it is taken from somewhere, citation is pertinent. Give credit where credit is due. "If you do not want your ideas to be stolen, do not steal others' ideas," is the common advice given by academics.

At a microlevel, it always seems that plagiarism or ghost-writing impacts the student committing the act, but at the macrolevel, the ethical implications can result in serious consequences for the academic institution, its stakeholders and the general society4. At Wittenborg, we strive to ensure that each student's graduation is honestly earned and that their degree preserves credibility and value. Today, with all the available interwoven sources and webpages, avoiding plagiarism seems a rather complex task, and preserving the principles of honesty and responsibility may be daunting, but absolutely necessary5. Wittenborg has put in place many multi-tiered strategies to combat these dishonest acts. As mentioned by the Chairperson of Wittenborg’s Graduation & Examination Board, Annemarieke Lente, “Plagiarism and ghost-writing are plain theft of somebody else’s intellectual property and are definitely unacceptable. Wittenborg wants to maintain the highest standards of academic conduct. If Wittenborg fails to address these problems, the institution will not be taken seriously in the academic world, which would affect the value of Wittenborg’s diploma, and ultimately its reputation.” 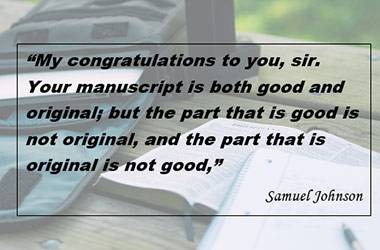 Be original, even if it is not good

Students who are sincere in learning and developing themselves will strive and learn the art and science of academic writing and work to obtain their most deserved degree. Their hard work and perseverance will definitely benefit them in their career and life. Students who lack the motivation to develop themselves, tend to take the easy way out and cross the ethical and legal boundaries. They should realise that committing such offences tarnishes their character and reputation, which can ultimately affect their success.

The simple advice to students is that it is better to submit an original assignment, even if it is not good, rather than a plagiarised or ghost-written one. A lesson can perhaps be learned from the famous quote by the English writer and great critic of English Literature  Samuel Johnson about a manuscript he was reviewing: “My congratulations to you, sir. Your manuscript is both good and original; but the part that is good is not original, and the part that is original is not good.”