UK May Lose up to 84% of Students to Countries like Netherlands, Germany, France Skip to main content

UK May Lose up to 84% of Students to Countries like Netherlands, Germany, France 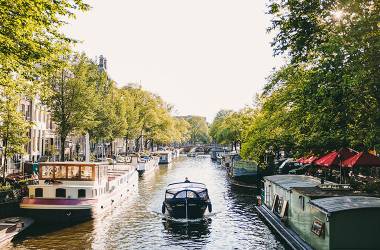 The Netherlands stands to gain as an alternative study destination for European students who cannot afford to study in the UK as a hike in study fees is expected in the wake of Brexit. In a written statement to parliament, the British government announced that EU, EEA and Swiss nationals will no longer be eligible for home-fee status. A survey has now revealed that 84% of EU students are not prepared to pay international fees and will look elsewhere with the Netherlands rated as the top choice (49%), followed by Germany (36%).

This could mean a loss of 120,000 students based on recent enrolments, or 25% of all non-UK students, the survey by Study.eu has revealed. British study fees are already considered to be some of the highest in Europe.

Until now, EU students shared the same status as their British counterparts and as such paid the same fees. They could also access UK government loans to pay those fees. That means, currently, British and EU nationals pay fees of up to £9,250 (€10,210) per year for an undergraduate degree. The fees for international students vary from between £10,000 (€11,040) and £38,000 (€41,945) depending on the university and the degree, University World News reports. Should EU students start paying international fees, this would effectively mean an average fee increase of around 99%.

In recent years, continental European universities have been increasing the number of English-taught courses, and more so since the Brexit referendum in 2016. About 49% of surveyed students said that, with the UK potentially becoming too expensive, they would consider studying in the Netherlands, long a frontrunner for university internationalisation. Other popular alternatives include the mostly tuition-free Germany (36% of respondents), France (19%), Ireland (16%) and Sweden (14%). Higher-fee destinations like the USA, Canada or Australia were only seen by a few as alternatives.

“This is a lose-lose situation for everyone. It is unfortunate that the political process leads to such negative consequences for students and universities. We hope that some other solution can be found that would promote student mobility between the UK and the EU,” comments Gerrit Bruno Blöss, CEO of Study.eu.

“Beyond the already shocking numbers, British universities have to consider potential domino effects. Less diverse campuses might overall be less appealing to international students, regardless of fees charged.” The proportion of international students is also a factor in popular university rankings, such as those published by Times Higher Education or QS.