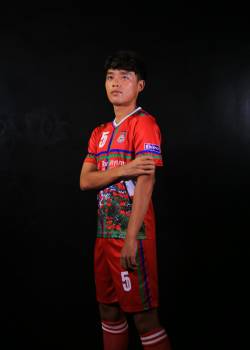 Wittenborg student Junyeong Shin was recently interviewed in the Korean press - not only because of his impressive footballing career at the age of 22, but also about his studies at WUAS and his time as a student in the Netherlands. This summer, he enjoyed a stint of professional football in Myanmar's top league. Having lived all around the world, he can now speak English, German and Korean, and plans to tackle  Mandarin and Portuguese next to up his career chances in the football industries of Brazil and China.

The interview was published by the Korean Association in Myanmar - the Asian country where Shin was a professional football player in the country's top league the past summer, playing for the Chinland Football Club, while at the same time doing his internship as a marketing assistant. This was not his first taste of professional football - last year he also played for the top league in Bhutan. 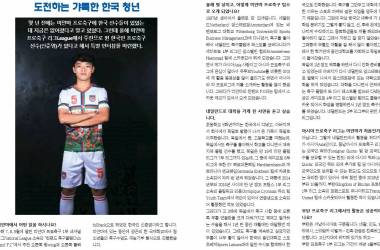 Shin joined Wittenborg in September 2017, enrolling for an IBA in Sport Business Management at Wittenborg. "I thought studying at WUAS would be very easy, but my academic results during my first year were poor. So, I began to be more serious about my studies and have now developed some positive habits on studying and planning. Also, my sports lecturers were very experienced lecturers, which gave me a lot of positive knowledge!

"I have lived in different countries, such as Germany, France, Korea, Bhutan, Myanmar and now in the Netherlands. I find the Netherlands is the best place to live: everyone speaks English, there are many multinational companies, it is close to other Western European countries, has a developed sports industry and people enjoy a high standard of living. There are also so many English-speaking sports organisations in the Netherlands, so I found it an attractive place to live."

Despite his success in Asian football clubs he plans to quit the game next year to finish his studies. "The standard of football in every country is getting higher, but the salaries are getting lower - except for European football leagues. Next December, in 2020, I am scheduled to do military service for 1.5 years in Korea. I plan to use my time there to also learn Chinese and Portuguese.

"Why? I always wanted to be a football agent and because Brazil has a lot of talented players and China is investing big in its football industry, I want to take advantage of the opportunities offered in these countries."

Life as a professional footballer wasn't always all rosy either, he admits. "The league standard is very high, but (in Myanmar), I expected the top league teams to have good facilities, while in fact, it was so poor that my knees, which were injured, hurt a little. Training sessions are done on bare ground and competitions are played in grassy fields, so I had to keep multiple football boots. Also, if you are too eager, you run the risk of injury, so I only gave 70% of my ability."