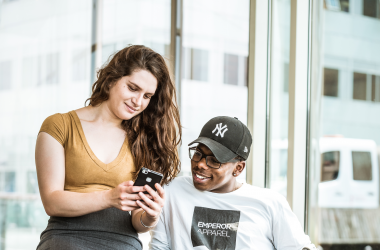 Student satisfaction levels at WUAS have remained high over the past year, edging above the national average at Dutch institutions of higher education. This is according to the 2018 National Student Survey results, released today.

In general, students rated their studies at Wittenborg 7.76 out of 10. The national average is 7.64 for universities of applied sciences and 8.1 for research universities. Across the board, student satisfaction levels dropped slightly compared to 2018, according to a statement by Studiekeuze123, which organises the survey.

Room for improvement at Wittenborg includes the library and ICT facilities, as well as timely information about changes to the timetable.  Also, class sizes for bachelor's students in Apeldoorn were seen by many students as being too large. Wittenborg has announced immediate actions to ease this problem at the start of the new academic year, limiting all taught module groups to a maximum of around 25 students.

On a national level, there were lower scores for the English abilities of lecturers, especially at research universities where students gave a score of 7.36. In comparison, at Wittenborg the score was an impressive 8.58, albeit slightly lower than last year’s 8.82.

The same could be said for the attention internationalisation receives, in the opinion of the students. While the national average for universities of applied sciences is 6.38 and for research universities 6.56, at Wittenborg it is 8.12. Internationalisation is seen as the degree to which students are stimulated to study abroad, the degree of stimulation to engage with other cultures, how much attention is given to international aspects, and what opportunities your institution offer to study or do an internship abroad.

Nationwide, institutions scored well on the question of whether students will recommend it to friends, family and colleagues as well as their internship opportunities and the sizes of classes.