Student Column: How your Instincts can Help you in Business Skip to main content

Student Column: How your Instincts can Help you in Business 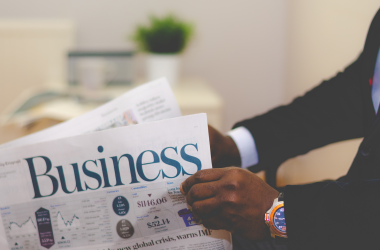 Even Steve Jobs and Einstein Followed their Instincts

A 15-year-old boy was hanging out with a group of friends at a local café in a small village.  He got a call from his father telling him to come home.  When asked if everything was all right at home, the father said everything was okay, but he just wanted him to come home.  The boy said he’d hang out for a few more hours and would be home before dark.  A few minutes passed and the boy felt something was not right, so he decided to leave.  After bidding goodbye to his friends, he left the café and started to cycle towards home.  Seconds later, a missile swooped down from the sky and hit the café.  A loud explosion ensued, killing everybody in the café.  Dumbstruck, the boy stopped in his track and stared at the burning building from a distance.  His whole body shivered at the thought that if he hadn’t followed his instinct (or his father’s), he would have been one of the victims of that blast.

The story shows that instinct can be a very important factor in decision-making.  The boy’s father said he had no reason for wanting his son home; he felt ‘something’ in his gut, and he just wanted him home. Likewise, the boy ‘heard’ an inner voice telling him to leave and he did, thus saving his life. Instinct is another word for our natural intuition, hunch, gut feeling or the sixth sense.  It is that strong intuitive feeling or inner voice that ‘speaks’ to us concerning a future event or result.

But the question is, can we really rely on this instinct or sixth sense?  Many people would vouch that it should be taken seriously.  Many could give real-life examples like the one above.  Some of us regard this kind of people as insightful or perceptive or having certain ‘powers’ to discern a future event.  However, there is still a group of people who are sceptical, doubtful or even apprehensive at giving the sixth sense any real credit.  They would consider such events as mere coincidences in life.

"The Intuitive Mind is a Gift" - Einstein

For hundreds of years, scientists denounced intuition and considered it ‘nonsense’ or something inferior to reason.  In other words, they didn’t believe in its authenticity just like they didn’t believe in paranormal activities.  However, these past decades have witnessed an increase in researches to unravel how the brain works and how it is connected to this ‘sixth sense’.  On this note, one would assume that Einstein, a renowned scientist, favored logic over intuition, but surprisingly he did not.  He once said, “The intuitive mind is a sacred gift and the rational mind is a faithful servant.”

You have probably dealt with the sixth sense in your life, without you knowing.  Maybe you’ve met a person for the first time, and something tells you to avoid that person.  That’s intuition at play.  Or maybe you wanted to go somewhere but you feel something weird emanating from inside you and so you cancel your plan.  Some of the survivors of the 9/11 disaster said that they had felt a kind of dread going to work that day, and they didn’t.  They survived.   Well, that is the sixth sense, present but hidden, working discreetly within us, guiding us and shaping many of our directions and paths in life.

The Sixth Sense as Survival Tool

The sixth sense is an incredible survival tool.  It is like an alarm system that gets triggered when you need help.  This innate tool enables you to sense danger, react and adjust the course of your behavior or to make an effective response and decision.

According to Andrew Griffiths, Australia's number one small business author with 12 best-selling books now sold in over 60 countries, in business the sixth sense helps managers to instinctively feel that something is not right and needs changing.  It helps those involved in decision making to sense that something is wrong with a proposed deal or the person sitting across the desk is not trustworthy.  This sixth sense is another tool that managers and owners can use to grow their businesses.  If they listen to their sixth sense, it can help them identify problems in their day-to-day operations and ultimately have a significant impact on the business’s success.

Some people attribute their hunches to the magic ingredient in creating new ideas and inventions.  It is said that intuition and creativity are part of our biological make-up.  Steve Jobs, in his biography, attributed his success at the helm of Apple to the power of intuition.  He said,  “Intuition is a very powerful thing, more powerful than intellect.”  And in his speech at Stanford in 2005, Jobs said, “You have to trust in something,” he said. “Your gut, destiny, life, karma, whatever.”

So, are you convinced in the power of the sixth sense?  Only you can find out the truth.  Read up more on this topic.  Maybe, it will help you decide whether to trust your instincts or not.  As a closure, here’s another story, which is in direct contrast to the story at the beginning of this article.  Judge for yourself and see whether you have the guts to follow your guts.

19-year-old Lucas Ransom, a student at the University of California, called his mother on the Friday morning of 22 October, 2010, to tell her that he was going body boarding with another friend at a beach that was new to him in California.  His mother, feeling concerned, tried to dissuade him from going into the water and said, ’Honey, if they’re so pretty (the waves) why don’t you just sit and watch them?  You’re at a place you’ve never been to before.’  Lucas replied, ’Mom, don’t worry, I’ll be fine, and I’ll call you when I finish up.’  Lucas was attacked by an 18-foot shark while in the waters 150 feet from the beach and was killed.  His friend, Matthew Garcia said in a TV interview that that morning when he woke up, he had had an eerie feeling as he watched the setting moon from his bedroom window looking ominously red.  And when he was in the waters, he again felt the sea was ominously calm.  Was his sixth sense trying to tell him something?

MBA student Hanna Abdelwahab is a regular writer for our ‘Student Column’ for WUAS News.  This column is dedicated to various topics related to student life.  Hanna is originally from Singapore but migrated to Egypt in 2011.  She has a Bachelor of Accountancy Degree and a Post-Graduate Diploma in Education from Singapore, and at present is doing her MBA in Education Management.