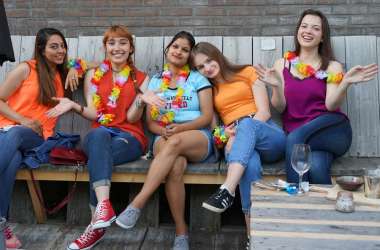 The Qualities of a Good Friend

Humans are social creatures and are always in need of friends and companions.  A major part of our lives is spent in academic, business, or social interaction with others.  Befriending the right persons in our lives is a necessity which cannot be carelessly ignored. True friends are the most favourable gain in anyone’s life.  They adorn your life, support you in your misfortune and help you in acquiring good deeds.  Not having friends is like being a stranger in your own land.  One who doesn’t have any friends will not have anyone to commiserate with him or her in times of need.

A good friend and companion is one of the greatest gifts that a person could have.  However, choosing the right friends is equally important.  It is an undeniable fact that we are easily influenced by the friends that surround us.  We take on their mannerisms, values and qualities without realising it.  If those qualities are good, then it will benefit us, but if those are bad qualities, then it will only lead to our downfall and misery.  The analogy of a good friend is like that of one who sells perfume and the blacksmith.  From the first, you would either buy the perfume or enjoy its good smell, while from the blacksmith you would either get engulfed in smoke or smell a bad scent.

A true friend is one who accepts your shortcomings and at the same time guides and supports you.  He or she accommodates and tolerates your flaws but corrects them where possible.  A true friend seeks excuses for you when you make mistakes, whilst the hypocrite seeks out your faults.  Avoid those hypocrites as best as you can, even if they possess wealth, fame and glory.

What are the qualities that we should seek in a friend?  A wise man once said: “Don’t be friends with a liar.  He will be like a mirage.  He will trick you.  When a thing is far, he will say it is near; when it is at hand, he will say that it is very far.  Making friends with lawbreakers is also a bad move, because one day you will either follow in his footsteps or he might ‘sell’ you for as low a price as he can.

Having a parsimonious or stingy person as your friend is also a bad choice because he or she may not help you in times of need.  I believe you’ve heard of many incidences where a person has many friends when he or she is wealthy, but when calamity struck and he lived in poverty, nobody among all those many friends came to his aid.

A true friend loves you and desires for you what he desires for himself. They are tolerant of your mistakes and forgiving.  They don't backbite, don’t talk about you behind your back nor plant envy, malice or hatred inside his heart.  A person with high morale doesn’t lie when he speaks, doesn’t break his promise, and when entrusted with something important, he doesn’t betray trust.

It is difficult, though, to judge a person just by looking at his or her appearance.  The outer look of a person or the way he or she speaks can be deceiving and portrays a different personality that he or she actually is.  Only time and constant interaction can reveal the true attributes of a person.  But there are ways in which you can know whether a person can be trusted or not.

It has been said travelling together with a person helps to reveal the true nature of that person.  Think about it.  You will be spending a lot of days and nights with that person and soon you will see a new side of them.  You might learn something about them that you simply don’t like and never knew before: he or she is messy, untidy, impatient, grouchy or not trustworthy.  Or you might realise that he or she is actually a generous, kind and down-to-earth person, or one who is creative at solving problems, or always shrugs off problems and helps you out of your misery or disappointment.

Always take some time before deciding whether a person is good for you.  Only time can reveal the true nature of a person.  Be wary of divulging your secrets to someone you hardly know, or you think you know.  Take a step back and observe. In this challenging world, it’s really difficult to find true friends.  Don’t be envious of sociable people who seem to have friends everywhere.  It’s great to have many friends but be selective of those whom you want to be close to.  Those few are the real gems in your life.  Hold on to them.  Like the old saying: “He who has many arbitrary friends is the same as he who has many stones, and he who has few but selective friends is the same as he who has selective pearls.”