Student Column: How Important is Emotional Intelligence? IQ vs EQ 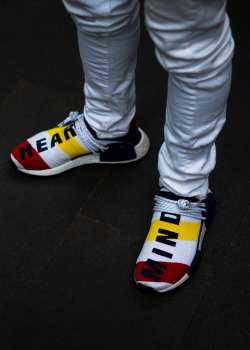 IQ So Much More than Academic Intelligence

Many people know what IQ is, but do you know what EQ is?  Is IQ more important than EQ, or is it the other way around?  What do they both entail?

IQ is the acronym for the phrase Intelligence Quotient.  Collins English Dictionary defines it as “a measure of the intelligence of an individual derived from results obtained from specially designed tests. The quotient is traditionally derived by dividing an individual’s mental age by his or her chronological age and multiplying the result by 100.”  In simple terms, intelligence quotient measures how smart or clever you are.  Intelligence here is not limited to being smart academically or getting high scores in your school exams, but it encompasses a lot more than that.  Intelligence is the ability to use past knowledge that one has gained in one's life, to think and reason and to use it purposefully in response to a current situation.

On the flip side, EQ or Emotional Quotient, measures emotional intelligence.  The term emotional intelligence (EI) was coined by two researchers, Peter Salavoy and John Mayer, but was popularised by Dan Goleman, author and science journalist.  In his 1996 best-selling book ‘Emotional Intelligence - Why it can matter more than IQ’, Goleman defines emotional intelligence as the ability to “recognize, understand and manage our own emotions and recognize and understand and influence the emotions of others”.  It means “being aware that emotions can drive our behavior and impact people (positively and negatively) and learning how to manage those emotions - both our own and others - especially when we are under pressure.”

There has been an increase in interest in emotional intelligence over the past years.  Many scientists and psychologists now believe that a person’s EQ is more significant than his/her IQ in life and career.  This simply translates that to succeed in our professional and personal lives, we don’t just need to have intelligence, we must also be able to relate to other people, feel the connection and emotion within ourselves and reciprocate with a proper response. In other words, we need to be able to recognise and manage our own feelings, discern other people’s feelings, and use the knowledge to guide our thinking and actions so as to be able to work collaboratively with people.   Howard Gardner, the esteemed Harvard theorist, says: “Your EQ is the level of your ability to understand other people, what motivates them and how to work cooperatively with them.”

EQ in the Corporate World

Have you ever heard a manager, when trying to cut a business deal, saying, ‘It’s just business, don’t take it too personally’?  Does it mean that when negotiating deals, we should put aside any personal feelings?  Would a business deal work out better without any human feelings in it?  On the contrary, I believe making business deals or any deals will always be personal.  Emotion is in fact, a complicated but inevitable aspect of life in the business and corporate world.  One cannot make a decision or close a deal to a contract without thinking about other people around one - the shareholders, the employees, the customers, the suppliers, the legislators, as well as one's own family and friends.

A business deal is nothing without the people running it.  The business decision that you make will either enhance or destroy the lives of others around you. This is where emotional intelligence comes in. Before you make a decision, you have to scan and relate to the people around you, listen and understand their needs and capabilities, and recognise their competences and shortcomings.  Having knowledge of these will help you make better decisions and cut the best deals for your enterprise as well as its employees.

Develop and Polish your EQ

To sum up, it is an undeniable fact that we are emotional creatures and we often make decisions and respond to what happens around us based on our emotions and feelings.  Whatever decisions we make, will always impact other people, whether directly or indirectly, whether positively or negatively, depending on how high or low our EQ is.  But to better understand, empathise and relate with other people, we need to develop our EI and score a higher EQ.  So, don’t just be too busy trying to score a high IQ as you go through school and college life.  Develop and  polish your EQ as well along the way.  As our world becomes more global, we need to be able to interact with people of different races, cultures, ethnicity and religions.  EI will help us through.  Without EI, success becomes an elusive entity.

MBA student Hanna Abdelwahab is a regular writer for our ‘Student Column’ for Wittenborg University News.  This column is dedicated to various topics related to student life.  Hanna is originally from Singapore but migrated to Egypt in 2011.  She has a Bachelor of Accountancy Degree and a Post-Graduate Diploma in Education from Singapore, and at present is doing her MBA in Education Management.