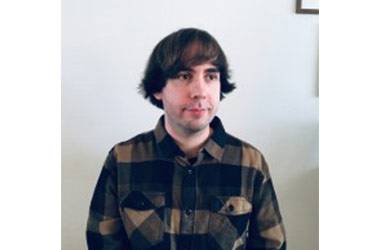 Research Shows Customers Put Higher Value on Authenticity then Cleanliness – Will that Change?

Research has shown restaurant customers value authenticity over cleanliness, but what will that mean for a post-COVID-19 world, asks Wittenborg MBA graduate, Marius Zürcher, in an opinion piece written for Foodservice Consultants Society International (FCSI). It is based on an essay submitted as part of his MBA course "Critical Perspectives in Hospitality Management" at WUAS.  Zürcher is co-owner of 1520 - a company which offers marketing consulting services and advises restaurants on integrating vegetarian options in their existing menus.

Consumers increasingly value authenticity. This holds true especially for young consumers. They value behaviour that is reflective of one’s beliefs and expect companies to be honest, transparent and self-reflective. Generation Z and Millennials are savvy consumers with an increased awareness for companies’ offers and the way that they market to them.

Their demand for authenticity has impacted companies to switch up their marketing to be more genuine and reflective of reality instead of selling "fakeness". Fashion companies now often use models of different sizes in their lookbooks, beauty companies use unfiltered images and have adapted their offering to become more inclusive. Cosmetics companies go as far as featuring the unpronounceable ingredients of their products on the front of their labels, using a strategy called ‘unselling’ to sell products to young consumers on the hunt for authentic products.

The Value of Authenticity

The authenticity trend is also affecting the hospitality industry, as authenticity has become a crucial factor in consumers’ evaluation of hospitality services in general, and restaurants in particular. Recent research has shown that restaurant customers even value authenticity over cleanliness, usually regarded among the most important restaurant attributes.

But what exactly does authenticity refer to in the restaurant context?

It’s complicated. There have been a variety of approaches to defining the term, many of which yield different, sometimes conflicting results. In practice, however, the label ‘authentic’ is usually used to describe ethnic food that consumers perceive to be prepared and served the same way it would have been in its particular country of origin, in an appropriate ambience.

It is, for example, used to describe ‘real Chinese food’ that happens to be served in North America, rather than the ‘American-Chinese food’ that can commonly be found in North America. Beyond that, the term also applies to restaurants that, from the consumers’ point of view, appear to have a personal story behind them, rather than a corporate marketing plan. In both cases, these consumer perceptions might not be accurate.

Furthermore, in the case of ethnic food, these perceptions are sometimes not only based on harmful stereotypes, but can also lead to what is referred to as the ‘authenticity trap’. This ‘authenticity trap’ is a choice that restaurateurs face between evolving their food and the ambiance based on their own personal preferences and in turn being (unfairly) labelled non-authentic, or not evolving their food and ambiance in order to meet the authenticity standards of a certain vocal segment of consumers that is at best ill-informed and at worst outright racist.

While some restaurateurs feel that their identities are being limited by the demand for authenticity, others feel that the opposite is true. In fact, many proprietors of ethnic restaurants have enjoyed the shift towards authenticity, as it allows them to serve unassimilated food. Given these conflicting experiences, it is, therefore, valid to question whether the shift towards authenticity, on the whole, has been a positive or a negative development. Unfortunately, finding answers will be difficult. Time will tell.

Nevertheless, all restaurants will have to find the right balance, as the thirst for authenticity is not going away. The COVID-19 pandemic will not put a stop to this development. More likely, it will accelerate the demand for authenticity.

For many people, this crisis will lead to a renewed focus on their core values, and for the majority of young consumers, authenticity is such a core value. Being confined to their homes, normality obliterated, consumers are already developing a newly found consciousness for ‘the things that really matter’. Even now, people around the world are trying to support local businesses in creative ways to help them survive the pandemic and its economic effects.

After having persevered in crisis, this is likely to continue to shape consumers’ behaviour towards choosing meaningful experiences rather than hollow business concoctions. Honest businesses with a story might just be exactly what will get consumers excited.