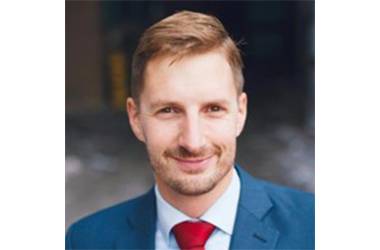 While the COVID-19 outbreak has been disastrous for many Dutch companies, others   suddenly found themselves in a plum position to meet the needs of the pandemic economy. Case in point: Van Gerrevink Ltd., an Apeldoorn-based recycling company that’s been around for 140 years.

Fifth-generation owner and director, Marc van Gerrevink, still sounds a bit incredulous when he recalls the bizarre craze for toilet paper that swept the world following the corona outbreak, creating a huge surge in sales. This in turn led to the supply chain - of which his company is part of - ramping up its production to meet the unprecedented demand.

Van Gerrevink spoke about the impact of the pandemic on his company to Wittenborg CEO Maggie Feng as part of the final Project Week assignment for bachelor's degree students in the current academic year, weighing up both the positive and the negative though he is quick to note that his company has been "luckier" than many others.

More than 99% of Waste Collected Re-Used

"As a recycling company we have two pillars of business: One, service, meaning we collect waste, such as paper, confidential data and residual waste at companies like Wittenborg that in turn can be used for, say, hygiene paper. We also collect waste on an industry level like chemical waste.  Our second business pillar is trade – so not only do we collect, but also sell waste. For instance, we sell wastepaper to papermills, which is the main source for making new paper. We also sell wood and scrap material to big companies like Tata Steel, which they use to make new steel. Even residual waste that goes into big incinerators is transformed into electricity. Our recycling rate is more than 99%. That means 99% of the waste we collect is being used to make new products.

That Crazy Run for Toilet Paper

"No one knows why people were panic-buying toilet paper, but they were," Van Gerrevink says. "Nonetheless, toilet paper needed to be produced, papermills worked overtime and that was quite beneficial to us.  Prices went up 60%. It even doubled over the course of one day.  All paper mills were collecting paper. That drove up prices. Now prices are going down, because all mills have enough paper in stock.  As for the scrap market, steel is economically a very sensitive commodity. When automotive companies stopped producing, scrap prices went down very quickly."

According to Van Gerrevink, thanks to the upshot in paper prices, the company was able to fill gaps left in other parts of its business activities. "For instance, there was a decrease in the collection of waste material. The offices, bars and restaurants who are part of our clientele were closed. Luckily a lot of industries in the region kept going. So, generally, we don't have a lot to complain about."

When the outbreak first reached the Netherlands, Van Gerrevink said he found it important to communicate as soon and as clear as possible with his staff of about 35 people. "We cut costs where it was possible and unfortunately had to let one temporary staff member go. Though paper prices were up, these were not profitable times. Of course, I was worried in the beginning, but all in all, by working together, we were able to keep the company on track."