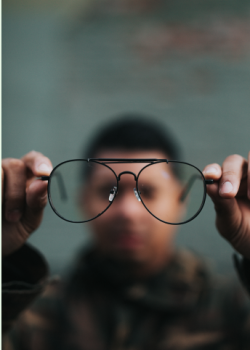 “Acting on an anonymous phone call, the police raid a house to arrest a suspected murderer. They don’t know what he looks like, but they know his name is John. Inside the house, they find a carpenter, a lorry driver, a car mechanic and a fireman playing cards. Without even asking his name, the police immediately arrest the fireman. How do they know they’ve got their man?”

Most of us will not be able to solve the mystery or the riddle above.  Why?  It’s because of perspective.  Perspective is a mental view of something.  How we see things around us depends on our own experience, schematic knowledge, culture, society and background.  The way we are brought up shapes our perspective on things, unless we change it.

We grow up in a society where men rule the working world.  They are the carpenters, the mechanics, the lorry drivers and the firemen.  Society has made us stick to this belief.  It has made us have this perspective.  But if we change our viewpoint and look at things in a different way, the answer will pop up clearly in front of our faces - that the fireman, John, is the only man in the house and the rest are women.

We live in an interconnected world where not being able to see things in perspective can cause a multitude of issues.  Because what we see or hear may not be what it really is.  We have to know the context in which things happen.  We have to understand the background in order to interpret things correctly.  If we take things out of context, or fail to see things from the other side of the coin, we could just land ourselves in hot soup.

Sometimes things appear to be big, but in the big picture, it is actually something small.

Sometimes things appear to be big, but in the big picture, it is actually something small.  On the contrary, sometimes things appear small but when you relate it to the big picture, it may cause a lot more harm than you think.  Let’s look at an analogy.  When you fail a certain subject in an examination, from your own perspective, you’re a failure.  You make it such a big deal and you feel that your whole life has come crashing down.  You go into depression and lose all hope.  But if you see the big picture, you will realise that life is full of ups and downs and that failure is just one small hiccup along the way.  Trials and tribulations are part of the journey; it is not the end of the road.  Everybody faces it.  It’s inevitable.  But that doesn’t mean life is hopeless.  There are still many more opportunities out there.  There is always hope for something better.  There is always a blessing, a hidden agenda when something happens.  We may not know the reason now and we may never know the wisdom of it at all.  Failure does not necessarily mean a bad thing.  So, don’t be so disheartened when you face failure because it may just be the beginning of your journey to success. 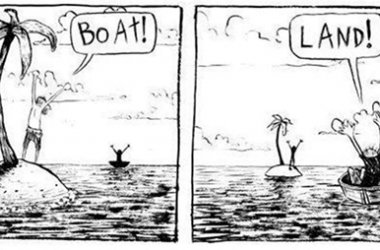 The ability to see things in perspective is very important in school, in work and in your personal lives

On the other hand, something that appears small may lead to a catastrophic effect when looked at in the big picture.  Let’s look at another analogy.  The accountant of a company inadvertently discloses his company’s profits while lunching with a friend.  If that friend uses this information and acts on it, for example, buying or selling the shares of the company, that is considered illegal insider trading and that accountant can be prosecuted.  It seems like a harmless mistake, an unintentional disclosure, a slip of the tongue by the accountant, but in reality, it is a serious crime.

The ability to see things in perspective is very important in school, in work and in your personal lives.  When we receive news from any person, always check for authenticity.  Stories change, words get misinterpreted and information gets distorted.  Don’t make conclusions nor form opinions too quickly.  See the big picture.  Look at it from different perspectives.  There’s always an explanation.  Always revert to the source if you want to avoid bias and misjudgements.  Small cautions like this can help avert disastrous effects.

Perspectives do matter - to you and to the people around you.  To a man stranded on a desert island, seeing a boat is a sign of hope for him to be rescued and returned to his homeland.  To a man who has been drifting in the boat for days, seeing land for the first time is a sign for food, life, and civilisation.  From whichever person’s perspective things appear differently, and unless you’re in the shoes of one of them, you will never know how it feels like.  Neither of them is stupid.  Just desperate.  But who are you to judge?

Just to add another point of perspective, if a hungry shark sees both the men within its vicinity, to it, they are food.  That’s perspective.  We can’t blame the shark, can we?

MBA student Hanna Abdelwahab is a regular writer for our ‘Student Column’ for WUAS News.  This column is dedicated to various topics related to student life and the future that holds for them.  Hanna is originally from Singapore but has migrated to Egypt in 2011.  She has a Bachelor of Accountancy Degree and a Post-Graduate Diploma in Education from Singapore and at present is doing her MBA in Education Management