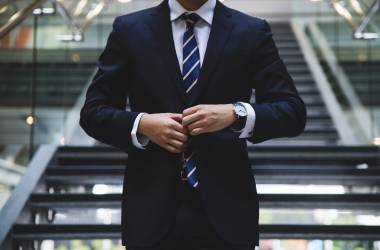 Humility in a Time of Arrogance

Arrogant leaders seem to be all around us - from politics to business - the idea that you are so great already, that you can't improve. Humility, on the other hand, is the embodiment of modesty, respectfulness and honour.  It is the opposite of pride and arrogance.  Humility does not mean degradation of one’s status or dignity; in fact, it is the very opposite of that.  A person who observes humility abandons all selfishness and egotism and stands humble, altruistic and agreeable.

Humility is when a person does not see himself or herself as being better or above other people for frivolous reasons, such as the colour of the skin, race, social standing, education, nationality or wealth.

To some people, humility is unheard of, as it symbolises weakness and submissiveness. These kinds of people are proud of their absolute independence and power and would humble themselves to no one or no authority.  They believe they have limitless power and refuse to bow down, which, according to them, is disgraceful and it humiliates their personal dignity.  Indeed, human impropriety, rudeness, feeling of superiority and elevated self-esteem are around us everywhere, and what is so sad is that those who have these traits do not know it or refuse to acknowledge it.

There are too many examples around us where people have a tendency to value only themselves and pursue their own agendas without thinking about other people.  They step on other people’s toes or stab people in the back just to get what they want.  They fail to see the suffering they’ve caused to other people or the negative consequences they have inflicted along the way.  Think of animal poachers or drug traffickers. They should pause and ask themselves whether it will all be worth it.  Maybe they forget that their ‘back-stabbing’ or lack of compassion might just come back to bite them some day.

I Win, You Win

There are also people who always want to win.  They are willing to do anything to win and make other people lose, even if it means crossing the morality lines.  These are the people who cannot see past humanity.  They don’t believe in helping one another.  They perceive themselves to be better and others are losers.  Instead of sharing and having a ‘win-win’ attitude, they’d rather horde on to their wealth, power, knowledge and ideas and shove the ‘I-win, you-lose’ attitude into other people’s faces.

Absence of humility (which means prevalence of arrogance and pride) is the major problem of the modern world.  It is the root of all evil; the widespread sufferings and tribulations of mankind.  The world nowadays is being annihilated day by day not by natural disasters but due to personal ego, feelings of superiority, power struggles, social conflicts, materialism, and wealth accumulation.  And because of that, the main value that is keeping us alive, humility, is losing out rapidly and will soon disappear into oblivion.

Humility Has its Own Rewards

The practice of humility will result in modesty, compassion, patience, empathy, sympathy, honesty and many other moral values that support harmony and humanity.  It will settle disputes, racism, discrimination, exploitation, terrorism, and instead advocate love, kindness, and social well-being.  Let’s unite together and follow the path of humility towards peace, harmony and happiness.