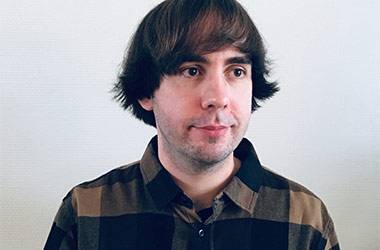 Marius Zürcher grew up multilingual in Switzerland, the Netherlands, Germany and Liechtenstein, surrounded by the hustle and bustle of hotels and restaurants.

In 2014, Marius graduated with honours from Wittenborg University of Applied Sciences with a Bachelor of International Business Administration (IBA), majoring in Economics and Management. After his successful journey as a student at Wittenborg, Marius, with his partner, then invested his efforts in a small agency specialised in Gen Y and Z marketing and employer branding called '1520'. With his breadth of experience from the family hotel and 1520 Marius was able to build a network, resulting in a variety of speaking engagements as well as a monthly column for Foodservice Consultant, a global hospitality and foodservice trade magazine.

Four years after completing his bachelor’s at Wittenborg, in 2018, Marius joined WUAS again to pursue a Master of Business Administration (MBA) in Hospitality and Service Management. In 2020, he graduated with honours. His thesis, which is currently under review to be published, focused on the possible effect that replacing employees with artificial intelligence in hotels would have on the customer experience of millennials.

Now, Marius is coming back to WUAS as the Marketing & Communications Project Manager to support the Communication Department. He is looking forward to supporting the development of the institute he spent such great years at as a student.

Next to his work for 1520 and WUAS, Marius is the Head of Marketing & Communications at the Café Theatre Festival, an established Dutch festival that combines the performing arts and hospitality.

Interesting fact: Marius is very interested in local and global sub/countercultures, as they are often the source of interesting new developments and trends that can at some point come to dominate the mainstream and affect businesses and marketing. Consequently, the name of his agency 1520 is derived from '1520, Sedgwick Avenue', the address of an apartment building in the Bronx, New York City, that is known as the birthplace of Hip Hop.