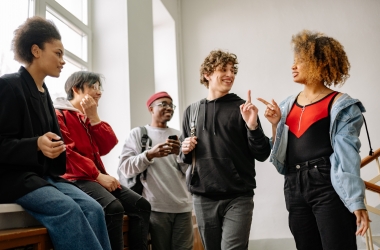 On 1 October, a new version of the Code of Conduct for International Students in Dutch Higher Education will be published, after the conclusion of a revision process that took nearly two years. Implemented in 2006, the Code of Conduct is an instrument of self-regulation aimed at ensuring that Dutch higher education institutions provide international students with proper assistance and information. Moreover, it also establishes English-language requirements for international students who want to pursue their education in the Netherlands.

“Being a signatory is even a prerequisite for organisations to be able to apply for residence permits on behalf of their international students. So, the code lays down all the regulations concerning how education institutions should act when recruiting and selecting international students. But it also seeks to ensure that institutions provide all prospective and current students with correct and clear information about the programmes they will follow and about life in the Netherlands,” Penninga says.

New Version of the Code

The code’s revision process takes place every five years. Having started in early 2021, the current process was preceded by an evaluation conducted by an external consultant that suggested alterations to the text of the document, as well as improvements to the proceedings of the commission and the different stakeholders/parties involved. Based on the consultancy report, the umbrella organisations and government representatives decided on the changes to be made, and the National Commission participated in the process by making suggestions and giving advice to those directly involved.

Penninga points out that one of the main innovations is the establishment of an international student advisory council, fully composed of international bachelor’s and master’s students. “With this, international students will have more of a voice and they will be able to, for example, make suggestions on what type of information needs to be made available by higher education institutions on their websites. On top of that, we expect them to give us suggestions on how to make the Code of Conduct more widely known among the international student community in the Netherlands, by using marketing and social media strategies, as well as other resources,” she stresses.

According to the commissioner, most members of the international student advisory council have already been selected (learn more), but the segment of private higher education institutions is still underrepresented. “It is worth mentioning that any bachelor’s or master’s student can join the council; so, if any Wittenborg students are interested, they can get in touch with me. We want international students to know that the code is there for them and that it is intended to increase their chances of succeeding in their chosen programmes in the Netherlands,” Penninga underscores.

Other significant changes to the code include the establishment of clearer rules for the contracts between higher education institutions and student agents, and the requirement that institutions are re-evaluated every six years to make sure that they still meet the conditions set out by the document. The new version of the Code of Conduct also determines that a quality assurance system should be put in place to evaluate preparatory education programmes – such as pre-bachelor’s and pre-master’s – offered by private preparatory education providers. In addition to that, some textual alterations were made to the document to ensure that it is aligned with Dutch higher education legislation.