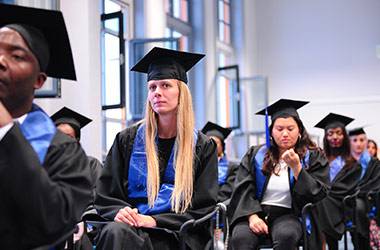 The Future of Managing Diversity in Multinational Organisations

A new study sheds light on the work values of Generation Z – those born after 1995 – who are often considered the first truly global generation and expected to account for more than a quarter of the global workforce in the next few years.  The study surveyed almost 1,200 undergraduates from the Netherlands, China, Germany and Thailand – most of them business students (82%).

According to the researchers, the results of the study underscore the importance of managing diversity in multinational organisations and of having a thorough understanding of value differences among the multinational workforce. “The results of this exploratory study show that nationality serves as a key differentiator in terms of Gen Z work value preferences and desirability. This suggests that a uniform corporate approach to managing global HR and work design is ill advised. Attention should be paid to accommodating differences on the work floor in order to ensure long-term Gen Z employee engagement and retention.”

Study participants were asked to rate how important an item was for them in an ideal job upon graduation from their current studies on a scale of 1 to 5. These items represented the 22 individual work values which were the focus of the study. In turn, these 22 individual work values represent seven work value constructs, namely: extrinsic motivation, intrinsic motivation, stability, altruistic, supervisory facilitation, social engagement, and leisure.

At a construct level, the intrinsic work value (learning, sustainable skills, visible results) was found to be most important to participants across the whole study. Leisure work values, such as vacation, were ranked lowest overall with little variation among the different nationalities. It should be noted that Asian students were overrepresented in the sample with Chinese students making up just more than half of the respondents (50.6%) and Thai students (22.9%) having completed the online survey.

On an individual level, it is apparent that learning is considered the most important value Gen Z seeks in a job with promotion being rated second most desirable. Irrespective of respondents’ nationality these two values were deemed important by all respondent groups as they consistently appeared in each nationality’s top 5.

At the same time, significant differences were found in how nationality influenced overall ranking of work values as well as the importance attached to specific values. Chinese students, for instance, valued promotion and money as the most important, followed by learning and future. For the Dutch students learning and visible results were the most important values in their future careers, followed by promotion and money.

The top values for Germans were promotion, visible results, learning and support. Finally, for Thai students, a sense of future was the most important value, followed by learning, visible results and benefits.

Additionally, respect was overall rated unimportant by three of the four respondent groups, with Chinese Gen Z students being a notable exception. They ranked status considerably higher than their Thai and European counterparts. Contact with other people and frequent feedback complete the overall ranking of work values Gen Z students consider least vital in a future job.

However, it is worth noting that Dutch students – and Thai students to a lesser extent –considered contact with others much more important than Gen Z students from Germany and China. Moreover, feedback was particularly important to German students while quite unimportant to Chinese respondents.