"Multilingualism in Dutch HE should not Only Mean Dutch and English"

A week before Christmas, the Dutch Senate passed the Bill on Language and Accessibility - meant to rein in the tide of English in higher education and ensure the survival of Dutch - after fierce debate. Wittenborg’s Vice President Corporate Affairs, Dr Jan-Albert Dop, finds it regrettable that the conversation only concentrated on Dutch and English, thereby rendering   multiculturalism in the Netherlands so much poorer. 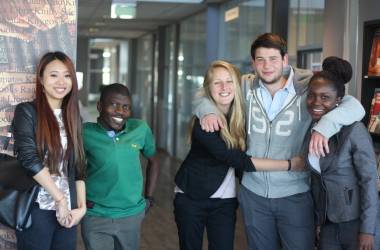 "Having read the entire transcript of the discussions in parliament about the Bill on Language and Accessibility, I can only say that opinions are all over the place. The bill seems to be no more than an effort to say 'We’re on the ball!', without making clear what the game is or where the goalposts are.

With some exceptions, everyone seems to agree that the principal language at Dutch universities should in theory be Dutch, but if English is deemed to offer added value (meerwaarde) over Dutch, English can be substituted. What that added value should be and for whom remains totally unclear.

For a discussion in a country that used to pride itself - as it still does, incorrectly - on its multilingual skills, and that still has a number of different official languages, I found it distressingly poor. No mention was made of any other language except English.

The fact that around us in Europe, scholars still do serious, academic publishing in German and in French, in Spanish, Italian, Polish and Russian, that English may be the most widely used for international publications these days, but that more patents are being applied for in Chinese, was totally ignored. That, until recently, Dutch scholars had no problem teaching in Dutch, reading academic publications in a variety of languages and publishing their results in French, German, Dutch or English as circumstances required, seems to have been forgotten.

The discussion also made no mention of the fact that for many students - both from the Netherlands and elsewhere - concentrating just on English makes us culturally poorer. How many people already speak a variety of other languages in addition to their maybe not perfect Dutch or English? French, Arabic and Tamazight? Gikuyu and Swahili? Limburgish, French and German? Swiss German, Romansh, High German and French? Xhosa and Afrikaans? Marathi, Hindi, Urdu, Sanskrit and Telugu? To name but a few combinations I’ve run into over the years. A missed opportunity.

I feel we (at Wittenborg) can safely say that what we are doing is right. We are creating an international classroom, we are giving young people from all over the world the opportunity to immerse themselves in Dutch, European and international culture, and we do prepare them to the best of our ability for an international management career anywhere in the world, whether it be in their native countries or right here in Apeldoorn."