Minister Promises: Education Budget will not Be Slashed Skip to main content

Minister Promises: Education Budget will not Be Slashed 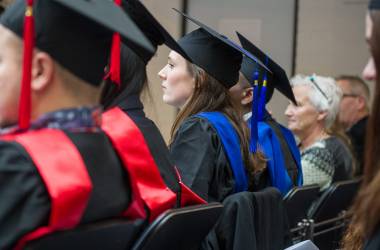 Effect of COVID-19 on Budget Remains to Be Seen

Smack in the middle of the corona crisis, the Dutch cabinet published a report consisting of 16 papers outlining a broad range of options for improving public services, including the education sector. Next to a great number of interesting improvement options, however, the Broad Civic Re-evaluation, as it is called, also included a series of policy options that would plant a bomb under the education system in the Netherlands.

What is at stake? Last autumn, parliament asked the cabinet to draw up a report that would serve up policy improvement options for the next cabinet, irrespective of political colour, that would at the same time take into consideration the possibility of an economic downturn, maybe even a full-blown recession. So all proposals must fit within a budget that is 20% lower than the current budget.

The policy paper addressing post-secondary education (MBO, HBO and research universities), entitled Developing Talent, thus presents some twenty-two interesting and solid options for improving the quality of education. Most are about how the quality and the labour-market relevance of professional education for young people can be improved. Others might even be favourable to institutions such as our own Wittenborg, like a change to the public funding system to stimulate demand through a system of individual vouchers. However, taken together, these improvement options would need a few billion euro extra budget. And that was not how the civil servants who have drawn up this paper were briefed.

Policy option 8, therefore, offers up ‘Cost reduction option MBO/HE financing’. with nine actions that together will structurally reduce the budget by some €5 billion annually. Drastic measures are proposed. Some of these are highly technical and specific to vocational education, but some are immediately relevant to the higher education landscape in which Wittenborg operates.

The first and most striking option is a blanket 20% efficiency cut to public MBO/HE financing. That should stimulate universities and MBO institutions to find their own cost reduction opportunities, as the report puts it. However, in a visit to universities in Rotterdam the other day, minister Van Engelshoven stressed that this is, in her view, only a theoretical option: “No way we’re going to do that!” She has just received half a billion euro to strengthen the budget and cover the increase in EU/EEA students. “So don’t worry about any 20% cut to my budget.”

What the minister said there, is immediately relevant to the proposals she did not address. One of the more striking of these is to reduce the influx of EU/EEA students by making Dutch the language of instruction for all undergraduate studies again. It is estimated that the cost reduction will outweigh the loss to the Netherlands by qualified students not joining the Dutch labour market. At Rotterdam, the minister stressed she regrets that due to the COVID-19 crisis the number of international students coming to the Netherlands will fall. She hopes the country will continue to welcome international students, but does not say this budget-lowering option is off the table.

Other painful options for reducing the cost of publicly financed, post-secondary, Dutch education put forward in the Developing Talent policy paper are firstly to no longer finance master's studies. This will stimulate students to enter the labour market early, as most bachelor's studies are labour-market relevant. The planners acknowledge that this step will have a negative effect on the overall quality of university graduates, though. And a second option, which will also impact the Wittenborg curriculum, is to standardise university of applied sciences (HBO) and research university (WO) bachelor's degrees at three years. Fewer students will be stimulated to switch from HBO to WO, and again, this is likely to lead to an overall lowering of educational quality in the Netherlands in the longer term.

Curiously enough, although it’s been a fortnight since this report was published, the only reactions from colleagues in the higher education sector your reporter has been able to elicit are variations on: “Well, this is a basic policy document from which the next cabinet will be able to do some cherry picking,” and “They’ve threatened a lot in the past, but we’ve always been able to live with it!” That also, is pretty much what minister Van Engelshoven said about it.

However, now that the economy is shrinking on an unprecedented scale due to the COVID-19 crisis, it remains to be seen if higher education will remain unaffected and if Van Engelshoven can keep her word come the next budget, or if such drastic measures will indeed have to be taken.

What would that mean for Wittenborg? Predicting the future is always a risky business, but in all likelihood the effect would not be negative. For non-EU/EEA students, the Netherlands as a whole would probably lose none of its attractiveness as a destination. But if other institutions reduce the number of English-language BA programmes, that will automatically improve the position of truly international English-language institutions such as ours. And some EU/EEA students who might otherwise not have considered Wittenborg as their destination, will now give us or our Munich campus a serious second look.