Minister: Private Dutch HE Institutions not Obliged to Justify Use of English Skip to main content

Minister: Private Dutch HE Institutions not Obliged to Justify Use of English 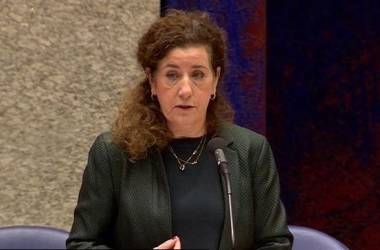 While public universities in the Netherlands will likely have to justify why they offer programmes in English in the future, no such obligation will rest on private institutions - like WUAS - the Dutch minister of education, culture and science, Ingrid van Engelshoven, assured Parliament this week.

Van Engelshoven responded to a question by the Reformed Political Party (SGP) Wednesday evening during the debate on the controversial Bill on Language and Accessibility in the Dutch Senate (Tweede Kamer). The House is to vote on the Bill next Tuesday, 17 December.

The draft legislation is cabinet's answer to mounting concern about the meteoric rise in the number of international students in the Netherlands, as well as the steady growth of English-taught programmes - especially master's programmes of which about 70% are now offered in English. Nay-sayers are arguing that English speaking programmes and students are gaining ground in academia at the expense of the Dutch ones.

Van Engelshoven told the House that while internationalisation has brought much good to the country - including a huge boost to the Dutch economy - she has to consider the accessibility of education to Dutch students and the future of Dutch as a language. Hence, public (reliant on state funding) institutions of higher education will not only be required to have an explicit language policy, but also provide proof of the added value of English programmes to the Dutch-Flemish Accreditation Organisation (NVAO).

"Free to Make our Own Decisions"

Wittenborg's chair of the executive board, Peter Birdsall, has welcomed the clarity given by the minister on private institutions. "We are glad the minister has acknowledged the fact that private institutions who don't partake in state funding, like Wittenborg, are independent without diminishing the active role they play in Dutch higher education. Private institutions fall under exactly the same quality standards and quality control measures as public institutions, but we are free to make our own decisions on which bachelor and master degrees we offer and in which language, and to whom, and at what price."

Meanwhile, one of the country's major political parties, the VVD, asked for a cap on the number of non-EU students in the Netherlands by way of an amendment to the Bill.

Impossible due to EU legislation

However, in response to an earlier written question, the ministry has said this is practically impossible given current EU legislation. In addition, the ministry also does not consider controlling the number on non-EU students as urgent as direction on students from within the EU who pays the same fees as Dutch students. In discussions with HE institutions it seems there is a greater need for direction around EER students. Germans and Italians make up the highest number of international students coming to the Netherlands, followed by the Chinese.

Other issues that were up for discussion on Wednesday was increasing the stay-rate of international students, ongoing problems around student accommodation, the impact and opportunities that Brexit might bring should it go ahead and adding a 'numerus fixus' (cap) to some programmes.