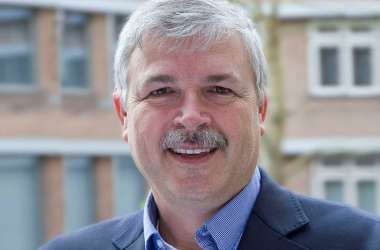 "The Dutch Government will be Well-Advised to Keep International Students coming to the Netherlands."

Professor Dr Ron Tuninga has been appointed as WUAS’ new Vice-President: Academic Affairs. The announcement was made this week by Wittenborg’s management.

Born and raised in the Netherlands, Prof Tuninga has worked extensively for top universities in the UK, US, Denmark and the Netherlands over the past three decades. Since 2014, he has served as Pro Vice Chancellor & Dean at Kingston Business School London, UK. While working for Wittenborg a few days a month, he will remain a professor at Kingston.

Wittenborg’s chair of the executive board, Peter Birdsall said Prof Tuninga will join the Wittenborg team at the end of August in a management capacity for a few days a month. “In the coming years his role will be vitally important for us in attaining our target to gain AMBA and AACSB accreditations, while also helping us raise the overall standing of the institution within and outside the Netherlands.”

Prof Tuninga said he will play an advisory role and help with accreditations with various bodies - such as the NVAO, FIBAA, AACSB and AMBA – as well as quality control at Wittenborg. “International students pay a lot of money to study abroad, so it is good for them to know the institution they choose is recognised as offering high quality education.”

On why he was interested in working for Wittenborg, Prof Tuninga said he has worked for private institutions before and likes the dynamics of helping them grow. “Wittenborg has great potential as a breeding ground for innovation and I look forward to working with the institution.

“I will report directly to the executive. In due course, activities may be expanded to help the doctoral programmes and help mentor the Heads of the Business School and the Head of the Doctoral Programme.

Good Business Schools will Always Be in Demand

“With business schools there is always potential for growth - especially for good ones. Competition is very strong in the Netherlands. Our responsibility as the academic community is to make sure students get the best possible education available to them.”

Before Kingston, Prof Tuninga was Dean at the prestigious AVT Business School in Copenhagen, Denmark. Other career highlights include being Advisor Academic Affairs and Accreditation at Hull University in the UK, and many years at Dutch institutions such as the Open University, Nyenrode Business University and the Maastricht School of Management. In addition, he played important roles in the Association of MBAs, most recently as Chair Faculty of Assessors.

Prof Tuninga was born in Arnhem, but growing up lived in Eindhoven, Den Bosch and Amsterdam where he went to high school. “We moved a lot because of my father’s career. It must have rubbed off because I am doing the same!”  He studied at Nyenrode in Breukelen and then went on to live in the US for the next 13 years where he completed various master's degrees and a PhD in International Business and Marketing.

What sort of student was he?

“I was an average bachelor's student. I always say my story is that I went to the US with two suitcases - one got lost, and I returned 13 years later with a wife, two children and two containers of stuff. Initially I was imagining a career in business, but when I did my PhD, I really became interested in education.”

Subsequently, he describes himself as a “great proponent of studying abroad”.

“I think an international education is good for anyone, and the Dutch government will be well-advised to keep international students coming here. They provide diversity and we learn to understand each other better across cultural divides if it is something fostered early in life.

“Many international students go back to their own countries and, if they had a good experience here, then you have created thousands of ambassadors for the Netherlands - which is good for a small country like ours that has always depended on trade anyway. At the same time, I do understand that it is important not to make Dutch students feel excluded. I would also encourage more Dutch students to go abroad for studies.”

Outside his career he is interested in many things, like photography - especially wildlife photography, which really took off after visiting South Africa’s Kruger Park many years ago – as well as music and running.

“Bringing a PhD programme to Ghana and helping to establish MBA programmes in many African countries, like Namibia and Tanzania. “I believe we can provide quality education to many parts of the population that ordinarily would not have access to education, while still ensuring commercial viability for institutions.”