Many Chinese Alumni Employed by Dutch HE Sector 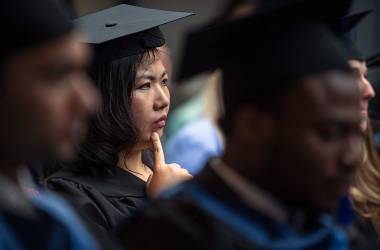 While the bulk of Chinese who currently reside in the Netherlands work in the Accommodation and Food Industry (43% in 2018), higher education is also one of the most popular sectors for Chinese people working in the country.

"This is to a large extent driven by the number of Chinese PhDs employed by Dutch universities. In 2018, there were around 400 Chinese PhDs in the Netherlands, around one-tenth of all international PhDs working at Dutch universities that year. Chinese people working in higher education are relatively young (the average age is 31), and men are often overrepresented in technical universities."

WUAS, with its diverse student and staff component, also employs a number of Chinese nationals as academics and support staff. After Germany and Italy, China is the 3rd biggest source of international students for the Netherlands. However, Nuffic has predicted that global student mobility will probably decrease in the next 5 years due to COVID-19.

The CBS report, which focuses on economic relations between China and the Netherlands, states that academic cooperation with China is an attractive option is because it is a way of luring talented students and researchers to the country. "CBS research from 2019 also shows that international students – especially non-EU students – contribute significantly more to the Dutch treasury then what they cost the country."

Chinese Make Up 7th Largest Number of Internationals in the Netherlands