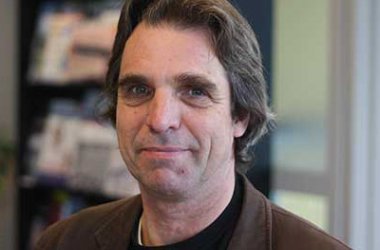 Human-Robot Interaction: "It might be Impossible to Teach a Robot Empathy"

Senior WUAS  lecturer and researcher, Geert de Haan, recently presented a paper on human-robot interaction at a conference on Cognitive Ergonomics in Sweden, where he urged developers of Artificial Intelligence (AI) systems to adopt a user-centric approach to their inventions.

“It drew a few laughs, especially from technical people,” he admits, but he stuck to his message. “We still have these highly technical people who dominate AI and determine the rules. My position was to adopt a user-centric approach. If your mother or your friend can use it, it’s ok."

“Generally there is not enough time and it is expensive if you have to incorporate the experience of real people. For a number of decades people have been working pretty hard to make user-centred designs. You design a chair so people can sit in it, or a hotel so people can have a nice experience when they enter. The same should apply when you talk about automatic systems.”

In Sweden, de Haan presented a paper entitled: "Robots in Contexts: Human-Robot Interaction as Physically and Socially Embedded". “The workshop where I presented addressed a subsection of the conference: How to design human-robot systems in which humans have to interact and work together with robot systems. The workshop was organised by researchers from Umeå and from Örebro University.

“Since robots tend to be strong, but rather stupid machines, it is common, and even prescribed by law, to position robots safely behind bars.  However, there are more and more areas where robots operate in a human environment, such as personal assistants like Siri and Alexa, care takers like Paro and Lea, but also 'bots' for sensing and surveillance, or as the heart of autonomous or self-driving cars like the Wepod, Waymo and Tesla's Autopilot. We are already surrounded by more or less autonomous systems, but when these are provided with movement and autonomous decision-making, it is time to raise the question on how to design Human-Robot Systems so that they fit, physically, socially and otherwise into a human environment.” 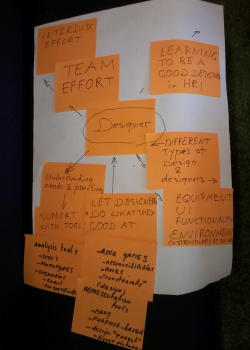 Hollywood Hype
Despite the Hollywood hype, de Haan thinks it will still be another 40 to 50 years before you can have robots that really behave like human beings.  "Meanwhile, we have a big incentive to move towards robots in the health care system, because it is getting very expensive. We also have a lot of elderly people who need care and we are trying to solve the problem by training more people, but the other approach is to use machines to take over the dull and uncomplicated work.”

The expectation is that most unskilled labour will be automated in the near future. De Haan predicts that most of the labourers in the German car industry will lose their jobs in the next 5 to 10 years. The next step will be to automate the work of teachers, nurses and even judges! The so-called “middle-section”.

At the same time, de Haan thinks that jobs where there is a high degree of social contact will be safer, but will definitely change. “It is extremely difficulty to teach a machine how to behave in a humane manner. I think it is maybe even impossible to teach a robot how to have empathy…”

Backing from European Commission
Meanwhile the European Commission is pouring a lot of funding in research. “The EC sees ICT as one of the key industries we can specialise in. With financial backing and support they try to help the industry along.

In Sweden the workshop resulted in lively discussion on Sliding Autonomy, machine-learning of non-verbal behaviour, Grice-like maxims for robot conversations, algorithms for human intention recognition and how to recognise groups of people so that they move around. A Danish paper discussed the failure to introduce robot vacuum cleaners in homecare for elderly and disabled people.

“In my own paper I reviewed some lessons-learned from designing intelligent human-computer systems, and argued that user interaction in Human-Robot Systems is similar to other intelligent systems, so that an agile, user-centred design method with opportunities for design exploration should suffice," says de Haan.

In 2018, the European Conference on Cognitive Ergonomics will be organised by Utrecht University from 5 – 7 September. The topic will be: “Information and Computing Science, Interaction Technology” with a special theme on "Modelling, Simulation and Games".