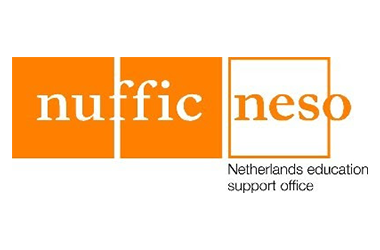 Internationalisation in Dutch higher education has been dealt a major setback after it became public this week that the government is planning a substantial cut in the subsidy it gives to Nuffic - the Dutch organisation for internationalisation in education, which has been operating since 1952. Nuffic says it "regrets" the decision, which will lead to a substantial decrease in its activities.

The planned cuts will take effect from 2021, although legislation around the governing of Nuffic will still need to be approved by parliament.

Notable is the proposal to cut subsidies for Nuffic's offices abroad - the so-called NESOs (Netherlands Education Support Offices). A spokesperson, Anne Lutgerink, told Wittenborg News the possibility that some NESOs might close as a result of the cuts is not excluded. "We received a letter earlier this week from the Ministry of Education, Culture and Science communicating the decision to us."

The ministry is also planning to cut the funding of the Holland Alumni Network.

The decision was slammed by Wittenborg's chair of the executive board, Peter Birdsall, who termed the motives behind it "political". He said: "This will be completely detrimental to internationalisation of education in the Netherlands."

Lutgerink did not want to divulge by how much the subsidy will be slashed other than to say it will be "substantial". The organisation said in a press release: "Since 1952, Nuffic has been committed to the internationalisation of Dutch education - to prepare learners and students for an increasingly global society and labour market.

"The Netherlands has always been a leader in education. The planned cuts to Nuffic NESOs' subsidy will hurt the country's reputation as an internationally orientated knowledge economy. The NESOs are at the frontline of Dutch knowledge diplomacy in the countries they are situated and have in the past more than proved their worth."

Nuffic came under scrutiny last year when the ministry asked the internal auditor of the Dutch government (Auditdienst Rijk) to compile a report that will provide insight on improving the guidance the ministry provides to Nuffic, and to clarify the accountability it requires from the agency.

Lutgerink said there is a link between the latest decision and the report which slammed Nuffic for "sometimes taking autonomous decisions without considering whether it matches the political-management goals of the OWC, leading to discrepancies". "Until recently there has been very little guidance in terms of performance from the OWC towards Nuffic. The OWC approves the activities plan of Nuffic and the accountability part is done through the annual report,” the audit reads further.

The ministry wants to define some of Nuffic's tasks by legislating them. This includes the validation of diplomas gaining a firmer grip on scholarships and subsidy programmes. "We are working together with the ministry on the changing role of Nuffic. At the same time we are trying to clarify the consequences for our staff," the press release reads.