Inflow of foreign students in the Netherlands continues to grow 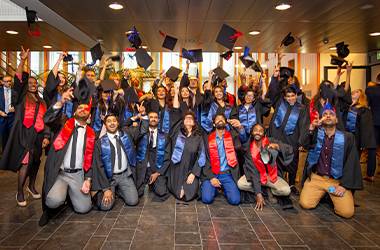 Inflow of foreign students continues to grow in the Netherlands

According to the Dutch National Teachers' Union magazine, 'Onderwijsblad', preliminary figures released by the Association of Universities (VSNU) in mid-October shows that foreign student intake in bachelor's programs increased by 23.5 percent.

The number of international students in higher education has doubled in the last ten years. A further increase is 'at odds with the quality of education and accessibility for Dutch students', an interdepartmental team of policy officials warned this summer.

The VSNU shares this concern. As a result of the growth, the workload and the pressure on finances are increasing. Universities are asking for investments in education and for instruments with which they can control the international influx. Dutch education minister Ingrid van Engelshoven wants to give state-funded universities the opportunity to set up a student stop for English language studies.

Research from the Onderwijsblad, however, shows that the hunt for international students continues unabated. Publicly funded universities will be represented at dozens of study abroad trade fairs in (Eastern) Europe, Asia and North America this autumn to recruit students and work with commercial agents who send international students to them for a commission fee.

According to Onderwijsblad, other non-accredited commercial (for-profit) education providers bring foreign students to the Netherlands, who pay between 14 to 18 thousand euros for a transition year that gives them access to a study they would otherwise not be allowed to start.

This construction has proved to be very successful: in September 235 international students from 50 different countries started a new bridging program from the Australian education provider Navitas on the campus of the University of Twente, a research university in the eastern Dutch town of Enschede. The company expects 185 to 200 of those students to start their bachelor's next year, however, research shows that often these students were never qualified to start studies at a research university in the Netherlands, as they do not have a school diploma equivalent to the Dutch VWO school leaving diploma, which is required.

This also means that the international intake at the University of Twente will increase by a quarter next year, while one in three undergraduate students already comes from abroad.

Dutch students are not allowed to take this 'short-cut' to a research university, however, they are required to study the first year at an accredited university of applied sciences before they make this switch.