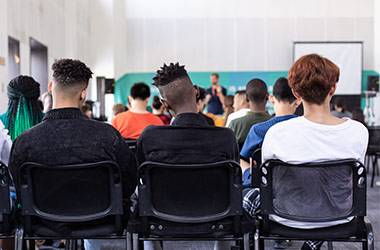 The number of international students in the Netherlands is expected to rise about 33% in the next 6 years, according to estimates published this week by the Dutch Ministry of Education, Science and Culture. In general, the number of students expected to study in higher education is much higher than what the government anticipated - especially at research universities. The estimates serves as a foundation to determine the education budget.

According to the ministerial report, it is still unclear what impact the COVID-19 pandemic will have on education in the coming years, including the effect of travel restrictions over the short term on students' decision to study abroad. The same uncertainty applies to Brexit with one of the questions being whether more students from the European Economic Area (EEA) will choose to study in the Netherlands instead of the UK and whether fewer British students will study in Europe now that they have to pay higher fees.

The estimation is a complex exercise which factors in things like the number of births - which has declined during the crisis - migration, economic growth and unemployment.

Both students from Europe as well as non-EU students are expected to increase in numbers in the coming years. In 2020, there were 24,800 EEA-students doing a bachelor's (or associate degree) at a university of applied sciences - 3% higher than was expected. There were 8,700 non-EEA students - only 0.6% less than what was expected.  At master's level, there were 2,100 EEA-students – 11.7% more than what was expected, while non-EEA student numbers were 1.2% less than expected.