Holland is Top in Growing Talent, says INSEAD, but Stretches Importance of Diversity 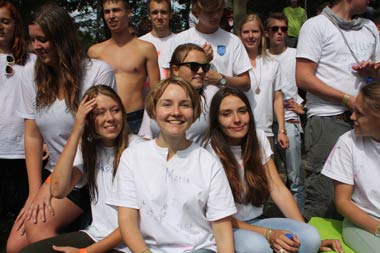 The Netherlands is now in the top 10 of countries that do well in attracting, training and retaining international talent. This came to light in the Global Competitive Talent Index published by INSEAD Business School as the World Economic Forum got under way in Davos, Switzerland, this week. It is ranked 9th on the list of countries.

However, the Netherlands is the top spot in the world when it comes to growing talent. What does this mean? Well, education in its broad form - formal education, yes, but also apprenticeships, training, and continuous education as well as experience and access to growth opportunities. The top 3 countries are Switzerland, Singapore and the US.

According to the report, Holland has a plum position in growing talent thanks to a strong combination of Formal Education (3rd), Lifelong Learning (4th), and Access to Growth Opportunities (3rd).

Despite this top performance in developing domestic talent that matches very well the needs of the economy (it ranks 6th in Employability), the Netherlands' overall 9th position in the ranking is due to the fact that it lags behind in attracting foreign talent (17th). Its talent impact, though, is high, driven by a good Innovation Output (2nd).

The report stretches the importance of diversity as a resource and links the lack thereof to the global economic crisis of 2008.

"Overall, talent diversity is still a largely untapped resource for innovation, and the dangers of non-diverse leadership are evident. A 2011 report by the IMF concluded that the fund failed to predict the enormity of the 2008 financial crisis because of a 'high degree of groupthink'. The organisation’s leaders, mostly men from developed economies, ruled out the possibility that a global crisis could start in an advanced financial system like the US. When dissent came from members from less developed economies, their opinions were dismissed. Had all opinions been considered, perhaps some of the mistakes of the Great Recession could have been avoided.

"Countries that realise the importance of leveraging diversity as a resource, and do so effectively, lead this year’s index."