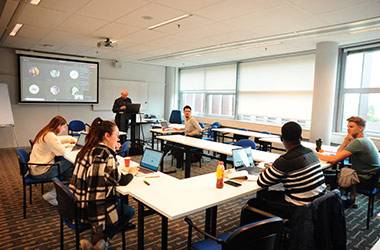 The COVID-19 pandemic will eventually subside, but its toll has pushed millions of people into unemployment and threatens to undo decades of progress all around the world. The pandemic has exacerbated trends in poverty and income inequality as it affects workers in many industries, especially retail, wholesale, travel and tourism. It has been less grievous though for the food and delivery industries and for those working in the education and technological sectors. However, one of the surprising, positive effects of this debilitating pandemic was the surprise boost of the Gig Economy. And for recent and future graduates, getting into this Gig Economy might just be the way for them to get by in the next couple of years.

A Gig Economy is what we define as a free market system, whereby flexible and temporary jobs are common and people are employed by organisations on short-term commitments. Examples include consultants, independent contractors, freelancers, and on-demand workers. Around the world, millions of jobs were lost in 2020 due to the pandemic and many countries saw their unemployment rates rise from single to double digits. However, the Gig Economy has provided lifelines and kept people afloat. During the lockdowns, many people have turned to food-delivery gig jobs or other part-time/flexible jobs to sustain their incomes. These jobs, which used to have a poor reputation as unstable and low-skilled, are gaining popularity even among ex-professionals and executives.

The Gig Economy, however, has been popular around the world for decades, even before the pandemic. Forbes reports that many companies engage in flexible work and hire freelancers to keep labour costs low or to attract talented professionals. One such example is Google where majority of its workforce is made up of independent and temporary workers instead of full-time employees. As many as one third of the adult workforce may already be involved in gig work, and this number will grow in prevalence.

Costs and benefits of the gig economy

The rise of the Gig Economy has significant implications for business and management education. As such, current students and lecturers need to be sensitised to the issue. Organisational structures and roles of managers and subordinates are increasingly moving away from traditional meanings. With gig work, although there is increased autonomy, there is lots of uncertainty, instability, and transience or lack of permanence. All these could have an impact on an individual’s sense of self, security and confidence. Thus, the big question is what skills do students need to succeed in the Gig Economy? Even if future graduates may not want to engage in gig work and prefer full-time jobs, there is still the probability that they will have to manage gig workers or that some aspect of their work is prone to be shaped by the Gig Economy.

Having said all this, it is imperative to note that students enrolled in business schools like Wittenborg are in luck. Much of the content knowledge required to be a successful independent gig worker is already taught at Wittenborg, such as new/small business environment, project management basics, introduction to entrepreneurship, and marketing plan, among others. Skills such as how to create a business entity or business plan, how to develop and execute a marketing and branding strategy, how to tap creativity, and innovation and critical thinking skills are also consciously embedded in the curriculum. Many of Wittenborg lecturers have current, intimate experience with gig work, as most of them are actually gig workers. They maintain side gigs like consulting and advisory work, paid research, Board positions, speaking engagements, writing books or even managing their own companies.

The Gig Economy is here to stay and it is disrupting the way we work. To succeed, future graduates should learn how to be self-employed, entrepreneurial and how to start and run a small business. For a start, they can take up side gigs during the coming summer holidays, such as assisting in research activities, developing a web site, running an event or any other short-term projects or assignments. They can then accumulate all these experiences in a portfolio of gigs, which may be useful to them in the years to come.  And for lecturers, by tweaking and reframing their curricula, and teaching students what they themselves are already doing, they can help to better prepare students for the nascent Gig Economy.