Feeling a Bit Lost Between Countries? They Have a Name for That Skip to main content

Feeling a Bit Lost Between Countries? They Have a Name for That 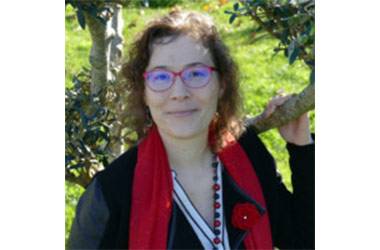 Do You Suffer from Multiple Nationality Order as an Expat?

As an international living abroad, you might not have heard of the term "Multiple Nationality Disorder", but chances are you have felt it. That unease when, after living abroad for a few months or years, you realise you cannot fully integrate back into your own nationality. Wittenborg lecturer and life coach Nátalia Leal recently wrote about the phenomenon on her website and the article was in turn picked up by Expat Republic. Here is an excerpt of Leal's original article:

"A few days ago I attended an Expat Fair in Amsterdam. It was full of interesting stands and workshops. One presentation in particular got me both laughing and thinking: Greg Shapiro is the American-Dutch comedian who gave his voice to Trump in the video "America First, but Netherlands Second", which went viral a while ago. During his short presentation he mentioned how expats suffer from 'MND'. My first reaction was one of curiosity. What is that?He explained MND stands for Multiple Nationality Disorder.

You Carry a Bit of Each Place Inside You

"I thought: Indeed, once you have the experience of living abroad for at least a couple of months, you will never again feel that you can fully integrate back into your own nationality. This gets even stronger if you have lived abroad for several years and/or in multiple countries. Whether you want it or not, you will start carrying with you a bit of each place you have lived in.

"Some also talk about 'reverse culture shock'. In the same way you will probably face some cultural challenges every time you move to a different country, there is a somewhat similar feeling whenever you go back to your home country.

"Living abroad opens people up to new experiences. It proves you are up to the challenge, that you can adjust, be more open-minded, learn from new experiences your adopted country has to offer and value the things you have back home even more. You can make friends from all around the world, get rid of expectations from your original culture and re-invent yourself (We even have some workshops on that!) Moreover, you will carry those experiences with you forever.

"Initially, MND might make you feel lonely – as if you no longer fit into any specific nationality. But the number of expats has been growing significantly over the past few years and is predicted to accelerate even more. The forecast from market research and consultancy firm Finaccord is that in 2021 (just 1 year from now) there will be 87,5 million expats worldwide, representing more than 1% of the worldwide population.

"This means there are almost 90 million people probably suffering from the same 'condition' as you. It is not surprising, therefore, to see so many expat groups and communities popping up all over the globe. Expats are their own tribe - which might not mean you want to be friends with all of them - but this is the most likely group where you will feel most understood. Obviously, any 'local' with some international experience can also fit into this group. They are actually 'expats in disguise'.

"If you recognise these 'symptoms of MND' or have other opinions about it, do share it with us. I would love to hear from you. The good news is that you don't need to get cured; you can just (happily) live with it. Enjoy your MND!"