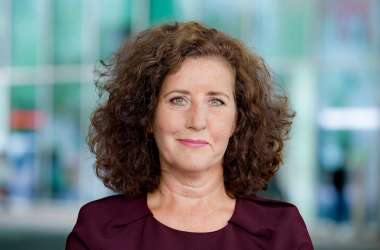 The Dutch government is taking some serious steps to curb the number of international students coming to the country, which includes raising the minimum tuition fee for students from outside the European Economic Area and compelling them to take Dutch lessons, ScienceGuide reported this week.

A spokesman for the Ministry of Education, Michiel Hendrikx, told Wittenborg News that the Minister, Ingrid van Engelshoven, will release a full statement in September after the summer holiday. Hendriksx refused to dispel or confirm the content of the story.

Wittenborg’s chair of the executive board, Peter Birdsall, has said: “We are alarmed by these draconian measures as they seem to avoid any mention of private higher education institutes like Wittenborg, who are free to charge the fees they wish and certainly free to decide which programmes they offer and in which language, depending on market needs.

“Wittenborg will continue setting its own fees in the future according to its own needs and those of its students, and will remain a 100% English-speaking university of applied sciences, offering Dutch to its students where needed and requested by its customers,” Birdsall said.

In an attempt to curb the growing influx of international students, Van Engelshoven proposes a number of new policy measures. Ministry documents, uncovered by ScienceGuide, reveal plans to limit the number of English-language programmes, and to impose mandatory Dutch lessons. On top of that, the Education Ministry aims to impose higher minimum tuition fees for students coming from outside the European Economic Area.

Minister Van Engelshoven acknowledges that the Dutch government has been lax in upholding the law on higher education. It clearly states that Dutch is the language of instruction unless there is a valid reason to make an exception. However, many bachelor’s and even more master’s programmes have fully switched to the use of English.

In response to this, the ministry is planning to propose a new bill which will guarantee proper enforcement of the policy ‘Dutch, unless’. Under this law new programmes will be required to prove the legitimacy of their use of English as a language of instruction, depending on the ‘international context’ of the subject and/or programme.

Next to a restriction in English-language programmes, Van Engelshoven also aims to improve the Dutch language proficiency of all students in the Netherlands. She plans to do this by amending the current law that already obliges the institutes to “enhance the students’ proficiency in Dutch”. The amendment potentially means compulsory Dutch for all students, including international students.