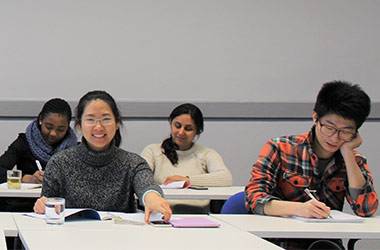 The Dutch Senate has aired reservations about legislation proposed to give the Dutch government a better grip on the number of international students coming to the Netherlands – the senate fears it might damage the country's reputation. In any case, the question about accessibility should lie with institutions of higher education, not legislators, it was said in a recent debate about the Language and Accessibility Bill.

The bill was debated a year ago in the House of Representatives and has now made its way to the Senate. However, there are real concerns that it might meet delays as a general election looms on 17 March. In introducing the Bill to the House in 2019, the Dutch Minister of Higher Education, Ingrid van Engelshoven, said research shows that the proliferation of foreign students and courses taught in English is putting too much pressure on the country's higher education system.

An Inter-ministerial Policy Review (IBO), which preceded the bill, warned that internationalisation could threaten the funding, quality and accessibility of education. To restore the balance, the government wants to introduce stricter rules on the language of instruction, raise fees for students from outside the European Economic Area (EEA) and make it possible to restrict the intake on courses taught in a language other than Dutch.

"There’s a real risk that the system will soon be unable to cope with the numbers of new students," van Engelshoven said at the time. "It will squeeze funding for higher education and also crowd out Dutch students. So, I’m introducing these measures to safeguard the quality and accessibility of higher education, and ensure that the international dimension is more in harmony with other aspects of Dutch higher education."

However, last week many political parties put question marks on the proposed legislation. Under the terms of the bill, a student quota (numerus fixus) may be introduced for courses where the language of instruction is not Dutch and where there is a capacity problem, but does not have to apply to the entire bachelor’s or associate degree programme. This will safeguard access to the Dutch-language course variant.

The minister also wants to introduce a higher minimum rate for tuition fees payable by non-EEA students, so that student flows from outside the EEA do not have negative financial effects for the institutions in question. The new minimum rate will be the same as the maximum tuition fee chargeable to EEA students, which will also be regulated by the bill.

The VVD and PvDA political parties questioned whether all the effort and progress that has been made in putting the Netherlands on the map when it comes to attracting talented international students will not be reversed by the proposed legislation.

The left-wing PvDA also fears that it might lead to a situation where only rich students from outside the EEA will be able to afford the high tuition fees. The green Groenlinks party fears that diversity in terms of nationality will be put under pressure.

Many parties were concerned about the additional administrative load when monitoring the adherence to new language demands in terms of the legislation as well as a stipulation in the bill, which states that the minister will only check afterwards whether a numerus fixus was justified for a certain programme. In other words, after it was already implemented.