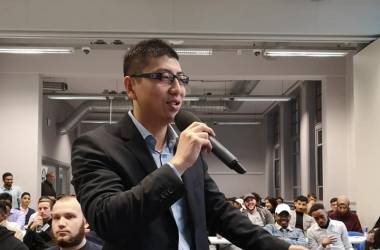 Students got a taste of what it is like to represent a country on an international level during Wittenborg’s Model United Nations assembly this week, passionately debating international hot potatoes like climate change, corruption and corporate interference in politics.

Model United Nations (MUN) is a simulation of the UN General Assembly where students play the role of delegates from different countries and attempt to solve real world issues with the policies and perspectives of their assigned countries.

At Wittenborg about 170 students were divided into 21 groups, with each group representing a country. Some students were in groups representing their "own" country, while others had to present countries other than their own, challenging them to make some interesting mind switches. This MUN exercise – played out over 3 days - focused on ethics in business, politics and governance.

Students were eased into the topic with fascinating presentations by experts such as Dr Eike Fesefeldt, a trial lawyer for the International Criminal Court (ICC) and Maria Mulder-Karadimou, a corporate treasury and finance expert on the first two days. They then had to research the country they represent and make poster presentations. On the third day it was show time and groups finally had the opportunity to present a position paper, form alliances with other groups and present a resolution to the assembly. 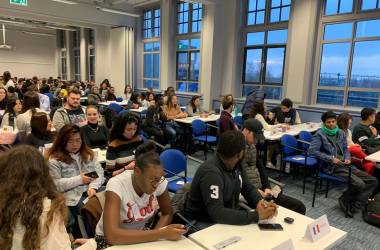 The majority of groups chose to make a resolution against corruption, climate change and pollution. An earlier survey had showed most students do not seem to have a high opinion of their own country's commitment to fight corruption. On average, they ranked their own countries very highly (7,29 out of 10) for the level of corruption that existed.

The debates that followed presentations showed that while some students had a natural diplomatic manner, others spoke frankly about the issues facing their countries. A few veered off script, using the platform to berate the leaders and politicians of their own countries. 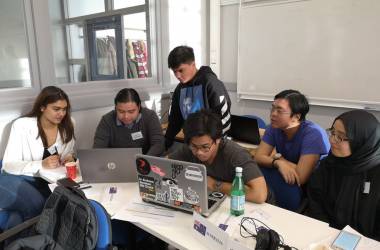 Countries like China got a lot of heat for its growing influence in many other countries, especially developing countries. Their delegate, however, stuck to his guns. Neighboring Pakistan, which is facing water scarcity, proved to be collateral damage when it talked enthusiastically about China’s support. It was promptly asked what China wants in return and whether they are willing to pay that price.

The UK, who also talked about corruption, faced questions on its policy around safe havens for tax evaders, while the Netherlands debated how to achieve equality for women with representatives favouring a quota system, both in the board room and in government.

Another country that chose to debate corruption was Russian. The group felt strongly that Russia should be held more accountable in implementing the anti-corruption agreements it signs so eagerly. A spokesman for the group said there is even a correlation between the level of corruption and the breakdown of relationships. “Very often you would find someone being encouraged by their partners to enter into corrupt practices because the partner wants to buy nice things with the money.”

The corruption theme was also followed by South Africa, Nigeria, Sri Lanka, Ukraine, China and Turkey. India debated violence against women while Tanzania chose to focus on health issues. France chose climate change and Vietnam faced its huge pollution problem, in part because of all the motorcycles being used in the country. “You cannot even see the blue sky anymore,” one delegate bemoaned.

Wittenborg’s chair of the executive board, Peter Birdsall, was satisfied that the project achieved the goals that was set. Meaning students were able to learn and practice important skills like diplomacy, negotiating, critical thinking, team work, compromising, public speaking, researching and writing.

At the end of the 3-day session, 5 resolutions were adopted by the assembly. One, proposing an independent judicial body to combat corruption and suggest punishment, passed with a slim a majority. The others were: 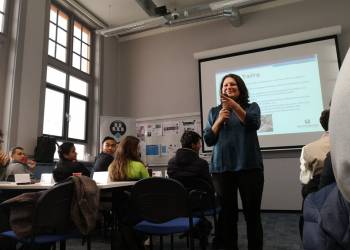 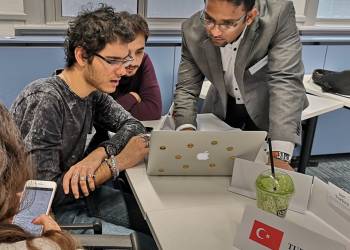 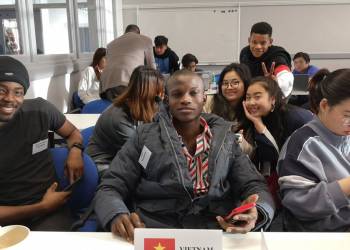