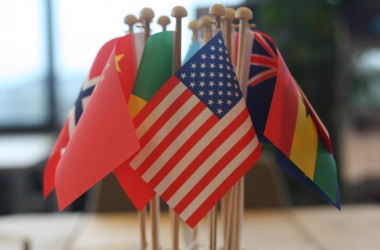 Nuffic Welcomes Increased Diversification of Student Population in the Netherlands

With students from 162 different nationalities studying in the Netherlands, the increasing diversity in the country’s student population has been welcomed by Nuffic, the Dutch agency promoting internationalism in higher education.

“It could be very beneficial to the Netherlands,” Nuffic says in its 2017-18 report on Incoming Student Mobility in Dutch higher education. “First of all, it makes the higher education system less dependent on the developments in a specific country or origin such as Germany and China.

“Second, and more importantly, well-designed international classrooms, with a diverse student population are most beneficial for intercultural learning and enhancing quality of teaching and learning.”

At WUAS, international students made up 89% of the student body last year. Its latest intake, for April 2018, includes students from 14 different nationalities.

With almost 22,200 students enrolled, Germany remains by far the most important country of origin, followed by China with almost 4,500 students. However, the number of German students enrolled at universities of applied sciences declined for the 6th year in a row, while their numbers increased for the 3rd year in a row at research universities. This trend is mirrored in the flow of Chinese students.

At research universities about three-quarters of programmes at Master's level were offered in English for 2017-18, in contrast to about a fifth of those offered at Bachelor's level.