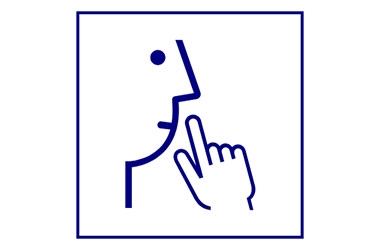 From the minute you set foot in the Netherlands, you will have to start learning about how to navigate across the country. There are many options: walking, cycling, driving, taxi, boat and, of course, public transport. Nederlandse Spoorwegen (NS) – which translates as Dutch Railways – the national train service provider, and one of the last state-owned travel enterprises in the country. NS trains reach most areas of the Netherlands. When it comes to trams, buses and trolleybuses, depending on the region, various private companies, such as Breng or Keolis, tend to dominate. Be sure to look at the prices and regions for each service before you make your choice.

Good things come at a price

It should be noted that getting around in the Netherlands is somewhat costly. In 2019, the Netherlands was estimated to have the highest public transport costs in the EU, at 35% above average across the union. These prices are set to rise in 2023 due to inflation, among other factors. This knowledge helps to contextualise why cycling from place to place has become a Dutch national pastime. There is no standard price-per kilometre on public transport; the price can vary from region to region and depends on the form of transport you are taking. For example, when booking a train ticket online via the NS Reisplanner, you might notice that travelling between two cities in one municipality costs a few more euros than between two cities in another province, despite being the same distance.

However, these high prices are for a reason; the Dutch system is relatively simple to use, vehicles are generally well-maintained, and most parts of the country are reachable via bus or train. 'Intercity’ buses and trains will take you to major locations, while regional buses, trams and trolleybuses will take you to the smaller towns and villages across the Netherlands – sometimes to places most Dutch people don't even know exist.

Public transport is very reliable in the Netherlands, with most trains, trams and buses coming every 15 to 45 minutes. Occasionally, though, certain travel routes can be disrupted as a result of rail work, accidents, staff-shortages and inclement weather. As a rule, if you know that it will rain heavily, snow or become extremely cold, check that your ride is still scheduled at the expected time. If not, you may become stranded without a way to get home or a way to get to your chosen destination. Additionally, public transport can be interrupted due to strikes on the part of drivers and transportation workers. It's important to know that even when there is a strike, it is often planned that travellers can still make their way to where they are going, albeit via a different route or at a different time.

If trains are cancelled because of a strike, buses will usually still run, and if bus drivers are on strike, there will often still be buses, but they will be less frequent and, as a result, busier. Strikes are usually ‘rolling’, in that they will happen in different parts of the country at different times, rather than all at once. If a strike is planned, the website 9292.nl will usually announce it a few days in advance. Make sure you check the status of your planned bus ride via the NS Reisplanner before you make your way to the bus stop or station.

When you take public transport, there are a few payment options. Buying a ticket from a machine or purchasing a ticket from the driver is significantly more expensive than purchasing a ticket online, purchasing a travel card or buying a travel subscription. With regards to subscriptions, most are specific to the travel company, but you may apply them to your 'OV-chipkaart' the public transport chipcard, by making an account online. If you sign up for automatic debits – beware. The automatic payment system for the OV company is often inconsistent, sometimes leading to large amounts being withdrawn from your account at once. It is safer to top up your card manually.

There are various travel discounts for different groups in the Netherlands. These often depend on the type of transport you are taking. On NS, there is a 34% price-per-kilometre discount for over-65s as well as children aged 4-11 (who can also travel for free if you book a Kids Vrij ticket). Children aged 3 and under ride for free no matter what. During non-peak hours on NS, there is a 40% price discount for normal riders, which you have to manually apply on your travel card at a NS OV-chipkaart machine. NS also has very attractive discounts, including freebies for students or recent graduates, which you can find here.

While each transportation company has its own travel card system, the OV-chipkaart system covers all companies in the Netherlands. It is best to get an OV-chipkaart rather than another card, as the OV card will work for each kind of bus or train, giving you more flexibility. It is worth noting that you have to purchase a personalised OV card to access most of the deals for each travel company. Additionally, you will be able to move between different forms of transportation without having to buy another ticket – essential if there is a strike or disruption and you have to take a different route than normal.

How to catch the bus

When the bus is coming, make sure you stand up, look alert and interested, and stick out your hand or travel card to wave down the driver. They will generally put on their indicator to acknowledge that they have seen you, but make sure to keep your hand out until you see them slowing down and driving your way. Not doing this might result in the driver passing you by, meaning you either have to wait for the next bus – which can take between 15 to 40 minutes depending on the line – or find another way to reach your destination. You have to remember that the driver is on a tight schedule and may be looking to make up for lost time, so they will likely not slow down for a bus stop if nobody is there, nobody at the bus stop waves them down, or if nobody inside the bus has pressed the ‘stop’ button to let the driver know they wish to exit. However, once you start taking the same route often enough, the driver will often remember you and might even begin stopping automatically when they see you.

If you live in certain areas such as Amsterdam, it is worth noting that when a driver arrives at a stop, they will usually stop a few metres away to let off other passengers, and then drive up to you so that you may board.

Once you get on the bus or train, the etiquette is largely the same as in other countries, although rural areas are more polite, while in bigger cities, people tend to have a more ‘bare-bones’ approach to politeness towards others. There are a few rules that apply to the whole of the Netherlands, however. For example, you should wear headphones if you are listening to or watching something on your phone. If you are travelling with a friend, feel free to have a conversation, but not so loudly that you disturb others. When you take the train, be careful if you sit in a cabin marked ‘stiltecoupe’, the silent section where you should avoid speaking at all or other passengers may complain. It is polite to give up your seat for elderly, disabled or pregnant people, or those with small children, especially if you are in a seat marked with a wheelchair sign.

If you are on a bus that is getting full and you have a bag or rucksack on the seat next to you, expect people to ask you, 'Mag ik zit hier?' (translation: Can I sit here?) as a polite way to ask you to move your bag or otherwise make room for them. Please note: telling them, ‘nee,’ (translation: no) is not really an option, but in turn, you can expect others to make room for you when the roles are reversed and you are the one asking for a seat. Furthermore, it is normal in the Netherlands for people to take their animals on public transport. Don't be surprised if there is suddenly a large golden retriever climbing onto the bus. However, animals here are mostly well-trained and will most likely not bother you.

Make sure you pay attention so that you don't miss your stop. A train will stop automatically at each station on its specific route, while on a bus or tram, you have to press the blue or red button on the poles or next to the seats which say ‘stop’ so that the bus driver knows you want to get off. When you leave the bus, it is polite to wave to the driver (who can see you in their mirror) and say thank you or goodbye before you go. When exiting the train or tram, you don't have to say goodbye to the conductor unless you happen to pass them by while leaving, which is rare, depending on where you sit.