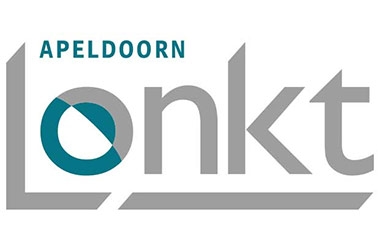 In 2020, Wittenborg University of Applied Sciences became a member of LONKT, an Apeldoorn-based initiative to facilitate local entrepreneurship. LONKT was created when global logistical challenges as a result of the COVID-19 pandemic exposed the need for a more localised approach to business and the economy. The partnership involved stakeholders such as large companies, SMEs and members of government, who came together to stimulate the economy in the region through various methods, including the launch of the LONKT B2B Matching Tool. This tool links businesses to local suppliers in the region, stimulating the local economy. Recently, stakeholders including Deputy Mayor of Apeldoorn Jeroen Joon and Wittenborg CEO Maggie Feng held a conference regarding the success of the project so far, as well as its future trajectory.

‘We really got the ball going with the LONKT project,’ says Feng. ‘Now it’s up to Apeldoorn and Gelderland to keep on the momentum, keep growing and attracting investment and business,’ she states. ‘Our lovely Research Centre, which is still growing, put together a great report on all the good we did with this model. They did an amazing job.’

During the meeting, Wittenborg’s Senior Scientist, Nicolet Theunissen, reported results of research on local businesses carried out by Wittenborg’s growing Research Centre. Chairwoman of the Executive Board at Aventus Ellen Marks discussed the Future-Oriented Entrepreneurship & Leadership course, which utilises local education and business infrastructure. The meeting helped expose where LONKT can do the most to facilitate local business: by connecting them to one another.

Apeldoorn: a growing hotspot for business

LONKT’s partners see Apeldoorn, with its more than 10,000 businesses and self-employed people, as fertile ground for entrepreneurship. Wittenborg hopes the project will inspire local businesses to cooperate with one another to create a thriving region.

Wittenborg thanks its fellow partners to the LONKT project for their contributions: