Wittenborg CEO: What to Expect when Doing Business in China Now Skip to main content

Wittenborg CEO: What to Expect when Doing Business in China Now 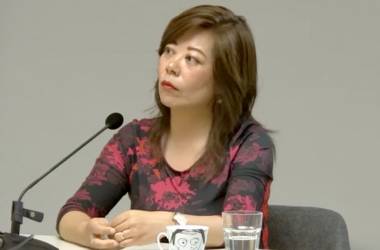 Wittenborg CEO, Maggie Feng, recently took part in a webinar as one of three panellists advising Dutch entrepreneurs on what they can expect when doing business with China as the country has slowly started rebuilding its economy after its COVID-19 peak.  Feng was born in Beijing, but moved to the Netherlands 20 years ago, and still visits the country regularly. The webinar was organised by Ondernemen 055 – a platform for entrepreneurs in Apeldoorn, the city where WUAS is headquartered.

Currently only diplomatic staff are allowed to go back to China. Lamboo said it is important for businesses to also regain access to the country as soon as it's possible to do so. "There are lots of enquiries on when businesses will be allowed back. Some factories are opening, but with new guidelines for working. Logistically a lot of activities have been recovered."

Lamboo was able to get out of China when the country went into lockdown at the beginning of the year. "It's not entirely back to business now. For instance, smaller restaurants have started opening, but the big ones are still closed. Before the pandemic about 10–15% of people were wearing facemasks, but that quickly went up to maybe even 95% of the population. People are still very hesitant." He contrasted the Chinese attitude to that of the Dutch. "Even a month ago in the Netherlands when I was wearing a mask, people looked at me weirdly."

Feng said from the perspective of tourism, many Chinese tourists are deferring international trips until the summer of 2021. "In the coming summer it will be difficult to travel for many Chinese – and not least because they are aware that they might suffer discrimination in other parts of the world. Research from hotel schools in China has shown that people definitely still want to travel abroad, but next year. I believe the recovery of the (tourism) sector will happen."

In terms of production, she said in some areas the motto is: let the machines work, but let the people rest. "On the one hand you want people to work more, but on the other hand you want to get the national income from local consumption going again."

Asked by Vos what the biggest culture shock was when she arrived in August 1999, Feng said looking back the different ideas people in China and the Netherlands have about privacy. "Everywhere you go in China you will be filmed or watched – at the airport, at the bank, in your car; when you jump a red light your face will be on a billboard for all your neighbours to see. Social pressure is a powerful tool to make people behave. Individualism is not appreciated – you are expected to go with the majority."

In terms of exporting, Lamboo advised businesses to do a thorough analysis of how ready they are to export, what their products are, if there is a market for the products. "China is a country you have to look at in the long term.  Wuhan is the bull's eye of China and very important to its economy. Be patient."

Feng said for now businesses have to tread cautiously regarding how they spend their money. "I would not advise you for instance to invest your personal funds or pension in the business for now."