Student Column: In Praise of Patience Skip to main content

Student Column: In Praise of Patience 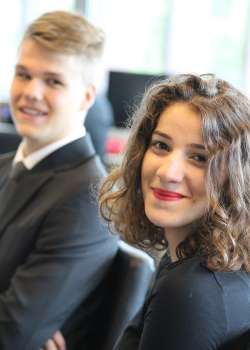 “Are you patient or impulsive? Is there a litmus test?”

Patience  can be defined as the ability to endure pain or suffering when faced with affliction or provocation.  It basically means remaining calm and steadfast without resorting to impulsive reaction or action.  A patient person is as tenacious as steel or tar, which means tough and not easily affected by an external force.  Patience does not just mean the ability to restrain yourself from fighting or hitting another person, or going berserk and breaking things.  It goes beyond that.  Many people would claim that they are patient and humble. But are they?

So how do you know if you have patience? What is the litmus test?

Imagine this.  Your boss comes to you and starts shouting at you for a job badly done.  Do you shout back at him, defending yourself, or do you wait until he’s finished and then tell him, "let’s discuss the matter" when he’s calmer?

Or, imagine you say "Hi" to your classmate and she doesn’t even smile back at you and just walks away.  Would you feel angry and feel like shouting back at her?  Or would you tell yourself, it’s okay, maybe she didn’t hear you or maybe she’s not aware of your presence and is oblivious to her surroundings.

Now if your reaction was the first one, you would have failed your litmus test.  But if your reaction was the latter, then it means you’re someone who is patient and humble enough not to start a fight even though provoked by the other person.  Feeling angry when somebody did something bad to you is undeniably reasonable and logical.  That person has hurt your ego or stepped on your honour.  But to reciprocate in the same manner is also injurious on your part.  You’re just adding fuel to the fire that is presently raging.  What you should do instead is to provide a draught to cool the steaming fire down.  It’s difficult yes, but it’s not impossible and it’s a better option than trying to point a finger at the wrongdoer.  Try not to react on impulse to such unpremeditated action.

It is imperative to note that there are people who just don’t have control over their emotions.  They don’t realise that they have inflicted pain on another person.  It just doesn’t register in their brain.  This is especially true for incorrigible people.  We will always meet such people and we even have those kinds of people living in the same dorm or in the same house as us.  It is something inevitable - we will surely cross their paths.  But the idea is not to get overstressed by it.  Don’t feel that you must respond in the same manner because your pride has been hurt.  It has not.

The main thing that you should remember is that we don’t know what’s going on in their lives. Maybe a loved one had just died.  Or they had lost their jobs.  Or maybe the reason is something simple like they were late for work and had to hurry.  No matter what the reason is, be sympathetic, nevertheless. Not only that, be empathetic.  You have to be merciful to people.  That’s patience.  Well, maybe both of you have had bad days, but if you are the one who is able to control your feelings, then you’re the true winner.

Patience really requires you to be strong and not hasty or impetuous.  We often attribute strength to something physical, but actually it has a much wider meaning to it.  Strength denotes endurance and the power to resist the temptation to do something bad.  It requires you to be humble and to push aside your feelings for the greater good.  Patience requires you to deal with people and situations amicably: your bosses, employees, clients, colleagues, business partners, government officials, wives, husbands, children and anybody or everybody.  You’ll meet with all kinds of people, young and old, with all kinds of temperaments.  Learn not to be affected by their behaviour towards you.  Be composed and coolheaded.  It’s good for everybody and for yourself especially.  Getting angry or worked up only makes your blood boil, which could lead to an array of psychological, medical and emotional issues.  This is something you have to learn to control now, when you’re still young.

A dove or a hawk?

There are people who want to hurt you purposely.  But there are also people who do it unconsciously.  They don’t mean to.  They are just messed up sometimes.  Don’t get angry at people easily.  Don’t respond in anger or in arrogance, thinking they deserve it.  Be dovish not hawkish.  A ‘dove’ is one who speaks in an appeasing tone so as to reduce hostility.  Such a person prefers reconciliation rather than confrontation.  A ‘hawk’, on the other hand, is one who takes a radical attitude and often responds with vehement actions.  These are people who resort to war and conflict.  Don’t be like the latter.

People who are patient, as well as people who can control their anger and pride, are the true gems.  Be the person who can let go of his ego and diffuse the situation and respond politely, even if he is right.  Tell yourself it’s okay, I am better than them.  It’s not worth a fight.

Patience doesn’t devalue you as a person.  It doesn’t degrade you nor diminish your honour.  There is nothing wrong with showing some clemency, compassion and understanding.  Each one of us is special, honorable, respectable and unique.  So, who are we to look down on other human beings and blast at them when they make mistakes or inflict pain on us?

Patience is an important disposition and you should manifest forbearance and steadfastness in your daily life.  Life is complicated enough.  Bury your pride and put on your humility cap.  Be patient, accommodating, humble and empathetic.  There’s nothing to lose and everything to gain.  In fact, it may just turn the other unreasonable person around and make them realise their mistake.

So, did you pass your litmus test today?

MBA student Hanna Abdelwahab, writes a weekly "Student Column" for WUAS News, contemplating the ups and downs of student life and the questions facing international students in particular. Hanna is from Egypt, but has also lived in Singapore. She is doing an MBA in Education Management and also has a postgraduate diploma in education.

MBA student Hanna Abdelwahab, writes a weekly "Student Column" for WUAS News, contemplating the ups and downs of student life and the questions facing international students in particular. Hanna is from Egypt, but has also lived in Singapore. She is doing an MBA in Education Management and also has a postgraduate diploma in education.