RECap Robotics Project Wittenborg was Involved with Draws to a Close 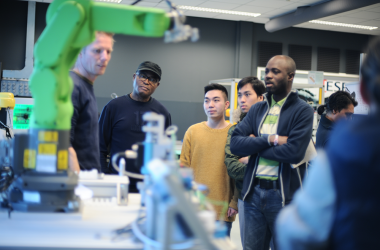 RECap Robotics Project Wittenborg was Involved with Draws to a Close

Almost 30 MBA students from WUAS were left in awe when they visited the Robotics Experience Centre (REC) in Almelo, in the Netherlands, this week as part of a Project Week company visit.

The university also used the opportunity to launch its new MBA in Smart Industry.

Harry Maatjes, Quality Manager at Wittenborg, said the purpose of the visit was to introduce students to the idea of robotics. “They have about 5 or 6 different types of robots at the centre and we got to see two in action: a robot, which basically moves stuff from one place to another, and the cobots, which are designed to work in harmony with humans. In other words, they will slow down if approached by a human and come to a complete standstill when that human is close by. The students were completely fascinated and were asking lots of interesting questions,” Maatjes said.

The REC and Wittenborg are both partners in the Robotics Experience Centre Testing Ground Project (RECap), which has been running for the past two and a half years and draws to a close on 31 December.

When the RECap-project started in June 2016, it set out to advance robotics technology in the eastern part of the Netherlands, thereby strengthening the country’s smart industry, which will eventually result in employment growth.

The project is a collaboration between ESPS – the manufacturer behind the Robotics Experience Centre and also a member of the WWINN Group – SMEs, Conway, as well as industrial-end users Vernay Europa B.V. and Wouter Witzel Eurovalve.  Wittenborg was one of the knowledge partners along with the University of Twente. A final report on the project is expected in January 2019.

Maatjes said that, besides launching the MBA, Wittenborg’s own aim within the project was also to deliver two papers to be presented later. One looks at the effects of introducing robotics on SMEs’ human resource management, penned by Dr Rauf Abdul, Head of Wittenborg’s School of Business. The second, by Wittenborg senior lecturer Dr Saskia Harkema, concentrates on the innovation space of SMEs in relation to the introduction of robots in production.

When students visited the REC they were given an introduction by Jeron Heimerink, production manager at ESPS. Heimerink commented that Wittenborg students were some of the most interested he has seen in some time. One of the questions from students was whether ESPS also make the robots themselves. The answer was no, they mainly do the assembly and provide the intelligence and programming.

Maatjes accompanied students along with Abdul and Fjorentina Muco, lecturer and seminar coordinator at Wittenborg. 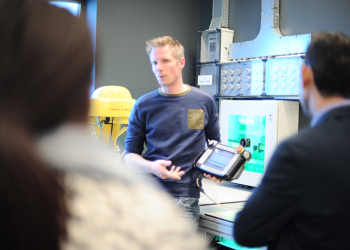 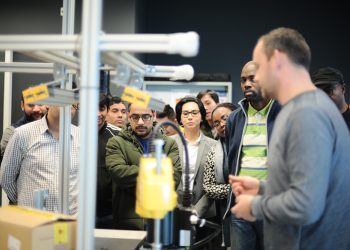 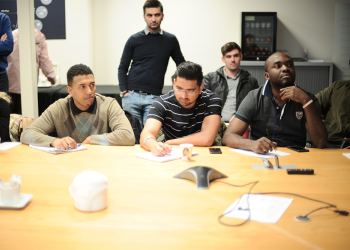 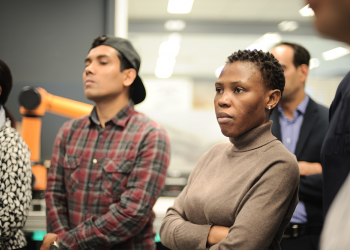 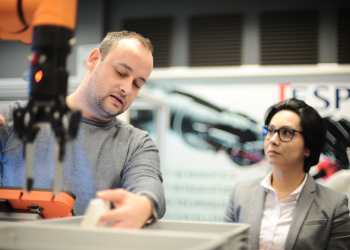