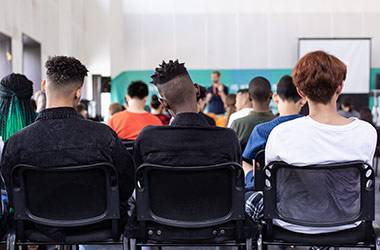 Public universities who are allegedly admitting international students with sub-standard qualifications will have to answer for their actions before the end of the month. This follows months of pressure from WUAS on the Dutch Ministry of Education, Culture and Science, which was eventually also picked up by MPs in parliament. Many of these students are from China and Russia. WUAS first brought the issue to the Minister's attention in May 2018, and formally complained in May 2019.

"Tricks'' to Get around Aliens Act

Van Engelshoven answered written questions submitted by two MPs from the CDA. After 1 November she will consult with the university bodies and the National Commission for  the Code of Conduct for International Students in Dutch Higher Education about the next steps. She also acknowledged having received numerous letters from Wittenborg about the matter.

Last year, Wittenborg called on Dutch education authorities to look into allegations that recruitment agencies are fast-tracking international students into research universities despite them not having a qualification that is equivalent to the national requirement.

Agencies are allegedly recruiting international students who do not qualify for admission to Dutch universities, offering them a costly “transition-year programme”, which is then taken care of by the agencies themselves. However, to comply with the requirements of a study permit, students are registered at partnering universities. Among them are students who do not have the equivalent of a VWO diploma – the general criteria for admission to a research university in the Netherlands. The high school diplomas in many countries like China, Indonesia and Russia only meet the Dutch HAVO level, which is not eligible for entry into a research university. That means Dutch HAVO school leavers are effectively discriminated against even though they do meet the criteria.

These dubious practices were also exposed in publications like Onderwijsblad, a publication of the AOb, the Netherlands’ biggest teachers' union, that reported on it. Earlier this year, the National Commission issued a report after investigating the matter. The commission concluded that universities should make a closer evaluation in estimating whether a student who enters the transition-year programme will actually pass and start with the programme he or she intended.

"Our investigation has revealed that 24% of these students don't make it. The commission is of the opinion that, based on the definition in the Code of Conduct, some of these private transition programme providers do, in fact, act as agents judging by some of their activities. We are asking ourselves if this is a desirable situation."

Lenient Interpretation of Code of Conduct

Van Engelshoven said in parliament: "Institutions of higher education are responsible for judging the admissibility of foreign students. However, the investigation by the National commission made it clear that this responsibility about the progress of the students has been left to private agencies. The commission states that universities and universities of applied sciences have the discretion to use a strict or lenient approach when admitting students. A lenient interpretation is one that assumes the recruitment, admission and training of students by way of a preparation year is just another way of gaining students who would otherwise not be admissible. To me, the latter contradicts the spirit of the law and the Code of Conduct."