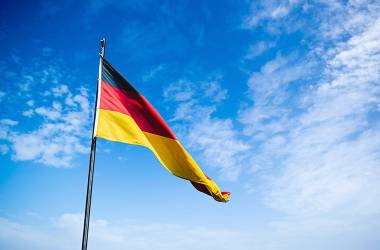 WUAS' Munich Campus, operated by New European College (NEC), has become the first Dutch university to fulfil the rigorous legal and administrative requirements of the Bavarian Higher Education Law and the Bavarian Ministry of Science and Culture. This means that, in accordance with Article 86 of the Bavarian University and College Act, Wittenborg is now authorised to offer academic courses at its campus in Munich.

All courses on offer at Wittenborg's Munich Campus are fully accredited and state recognised in Germany, as well as in the Netherlands, in Europe and further abroad. In fulfilling the high academic standards of NVAO and FIBAA accreditation, Wittenborg was able to satisfy the rigorous requirements of the Bavarian Ministry of Science and Culture, as well as the Dutch Ministry of Higher Education, Culture and Science.

The management of the cross-border governmental expectations for this venture was facilitated by the Consulate General of the Kingdom of the Netherlands in Munich. Thanks to the individual support and guidance of Dutch Consul General Paul Ymkers, all conditions for the cooperation were successfully achieved. “We sincerely thank Consul General Paul Ymkers, whose knowledge, wisdom and unrelenting good spirit has helped ensure a successful cooperation,” said NEC Chancellor, Sascha Liebhardt.

The academic partnership between Wittenborg and NEC grew from a mutual vision: Contemporary, student-focused business education and a joint commitment to the future success of today’s business students through the application of theory and practice.

“We knew that Wittenborg has an outstanding reputation and takes a modern, practical approach to business education,” said Liebhardt. He added: “We were also aware that this would be an unprecedented venture, but the decision was clear. In today’s rapidly shifting educational environment, partnership is one of the most progressive ways in which higher education can effectively serve students, while maintaining academic quality and adhering to accreditation standards.”

This exciting venture underpins and extends a centuries-old tradition of cooperation between Bavaria and the Netherlands. Since the 15th century, there have been strong economic and political ties bringing these nations together.

“It fills us with pride that in the spirit of the European Union this new academic venture is a reinforcement of the bridge of cooperation between the Netherlands and Germany. We look forward to setting a new academic precedent in Bavaria and working closely with our Dutch partners and the Dutch Consulate General in order to do so,” said Liebhardt.